The Premiership game at The SMISA Stadium on Wednesday sees home side St Mirren play Livingston.

Our predictions, user poll and statistics for St Mirren v Livingston can be found here (plus the best game odds).

St Mirren will be hoping for a repeat of their last result, following a 2-0 Premiership success over Dundee.

In that match, St Mirren managed 46% possession and 14 attempts on goal with 5 of them on target. For St Mirren, the goalscorers were Alex Greive (4') and Curtis Main (55'). For their opponents, Dundee had 12 attempts at goal with 1 on target.

Stephen Robinson's St Mirren have seen rewards for their attempts on goal a sum total of 6 times in their preceding half-dozen outings. The corresponding number of goals that have been scored against them in those fixtures is 11.

Last time out, Livingston drew 1-1 in the Premiership match with St Johnstone.

The stats tell the story, and Livingston have been scored against in 5 of their last 6 games, letting opponents get 7 goals in total. At the back, Livingston have seen their frailties exposed. That kind of pattern isn’t assured to be sustained here, of course.

Their previous form shows that Livingston:

Checking out their prior head to head meetings going back to 24/01/2021, both clubs have shared the honours with St Mirren winning 1 of those games, Livingston 1 and 4 being drawn after 90 minutes of play.

A total of 10 goals were shared by the two clubs during those clashes, with 5 for The Buddies and 5 belonging to Livi Lions. This gives an average number of goals per game equal to 1.67.

The St Mirren manager Stephen Robinson will be grateful to have no fitness concerns to speak of before this clash owing to a fully healthy group to choose from.

Livingston manager David Martindale has a number of players out of action. Daniel Barden (Testicular Cancer) and Tom Parkes (Knee Injury) are not ready for selection.

Our feeling is that Livingston and St Mirren could both end up scoring in a what should be a good tussle with little between the two teams.

It appears that a draw might be on the cards. That’s why we have predicted a score draw when the referee blows the full-time whistle. 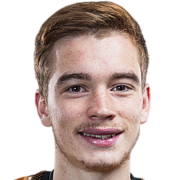 Normally taking to the field in the Centre Midfield position, Connor Ronan was born in Rochdale, England. Having played his first senior match for Wolverhampton Wanderers in the 2016 - 2017 season, the talented Midfielder has accumulated 7 league goals in the Premiership 2021 - 2022 campaign so far from a total of 27 appearances.

While we have made these predictions for St Mirren v Livingston for this match preview with the best of intentions, no profits are guaranteed. Always gamble responsibly, and with what you can afford to lose. Good luck with your selections.