Return to this page a few days before the scheduled game when this expired prediction will be updated with our full preview and tips for the next match between these teams.
Full-Time Result Prediction for Livorno vs Cosenza
Livorno to Win
Livorno play host to visiting side Cosenza at Stadio Armando Picchi in the Serie B meeting on Saturday.

We’re thinking that Cosenza have the firepower to get a goal against this Livorno side, however it probably won’t be enough to avoid defeat. We reckon that it will be a very close game with a 2-1 advantage for Livorno when the full-time whistle blows. Let’s wait and see how it plays out. Scroll down to see all of the predictions, poll and statistics for Livorno v Cosenza (plus the best game odds).

Coming into this fixture, Livorno haven’t won at home in the past 5 league games. Things will have to change soon. 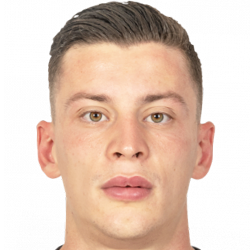 Generally deployed in the Left Wing position, Davide Marsura was born in Montebelluna, Italy. Having played his first senior match for Modena in the 2014 - 2015 season, the gifted Forward has contributed 4 league goals in this Serie B 2019 - 2020 season to date coming from a total of 14 appearances.

While we have made these predictions for Livorno v Cosenza for this match preview with the best of intentions, no profits are guaranteed. Always gamble responsibly, and with what you can afford to lose.