Return to this page a few days before the scheduled game when this expired prediction will be updated with our full preview and tips for the next match between these teams.
Full-Time Result Prediction for Lokomotiv Moskva vs Orenburg
Lokomotiv Moskva to Win
Orenburg journey to RZD Arena on Saturday for the Premier League clash with home side Lokomotiv Moskva.

We feel that in this game, Orenburg certainly have the ability to get a goal against this Lokomotiv Moskva side, but that is unlikely to be enough to avoid a loss. We think that it’s going to be a close game with a 2-1 advantage for Lokomotiv Moskva when all is said and done. It should be a decent one. Our predictions, user poll and statistics for Lokomotiv Moskva v Orenburg can be found here - plus the latest match odds.

Coming into this contest, Lokomotiv Moskva haven't lost in the league to Orenburg in their last 2 matches. 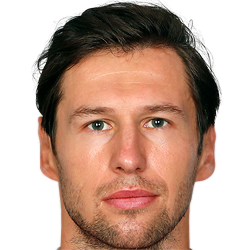 Typically playing in the Central Defensive Midfielder position, Grzegorz Krychowiak was born in Gryfice, Poland. Having made his senior debut playing for Stade de Reims in the 2010 - 2011 season, the skilful Midfielder has accumulated 9 league goals in this Premier League 2019 - 2020 season to date coming from a total of 20 appearances.

We have made these Lokomotiv Moskva v Orenburg predictions for this match preview with the best intentions, but no profits are guaranteed. Please always gamble responsibly, only with money that you can afford to lose. We wish you the best of luck.