Lokomotiv Moscow are going up against away side Rubin Kazan at RZD Arena in the Premier League clash on Sunday.

Our predictions, user poll and statistics for Lokomotiv Moscow v Rubin Kazan can be found here - plus the latest match odds.

Lokomotiv Moscow will be looking to improve on their last outing here after a 1-0 Premier League losing effort in their last game against FC Krasnodar.

In that match, Lokomotiv Moscow had 43% possession and 12 shots on goal with 1 of them on target. FC Krasnodar got 17 attempts at goal with 7 on target. Aleksandr Chernikov (83') was the scorer for FC Krasnodar.

Leading up to this clash, Lokomotiv Moscow:

Following on from being defeated in their last game at the hands of Sochi in Premier League competition, Rubin Kazan and their travelling fans will hope for a better result here.

The stats tell the story, and Rubin Kazan have been scored against in 5 of their last 6 games, seeing their opponents hit 17 goals overall. In defence, Rubin Kazan have some weaknesses to address. While that may be of interest, we will just have to wait and see whether the trend shall be maintained in this next game.

Going into this game, the form guide shows that Rubin Kazan:

An examination of their past head to head meetings going back to 10/05/2019 reveals that these fixtures have ended in disappointment for Rubin Kazan. They have not managed to come away with any wins at all while Lokomotiv Moscow have simply been better than them, finishing as winners in 67 per cent of those games where they have faced each other.

In all, 18 goals were yielded between them throughout the course of those matches, with 14 of them for Loko and 4 created by Tatáry. This gives an average number of goals per game equal to 3.

The last league fixture featuring the two was Premier League match day 11 on 16/10/2021 which ended up with the score at Rubin Kazan 2-2 Lokomotiv Moscow.

In that game, Rubin Kazan managed 31% possession and 17 shots on goal with 7 on target. The scorers were Anders Dreyer (36') and German Onugkha (66').

At the other end, Lokomotiv Moscow got 22 attempts at goal with 6 on target. Fyodor Smolov (68') and Rifat Zhemaletdinov (93') scored.

Almost everyone can be considered, as there’s just the sole fitness concern for the Lokomotiv Moscow manager Zaur Khapov to be concerned about from an otherwise fully-primed squad. Dmitri Barinov (Leg Injury) is out of contention. Suspended players who are serving a ban for this game are Tin Jedvaj and Konstantin Maradishvili.

Here is a game where Rubin Kazan might need a bit of good fortune to score goals against this Lokomotiv Moscow outfit who we think will just have the edge.

We’re therefore seeing a very even contest with a 1-0 advantage for Lokomotiv Moscow at the end of the 90. 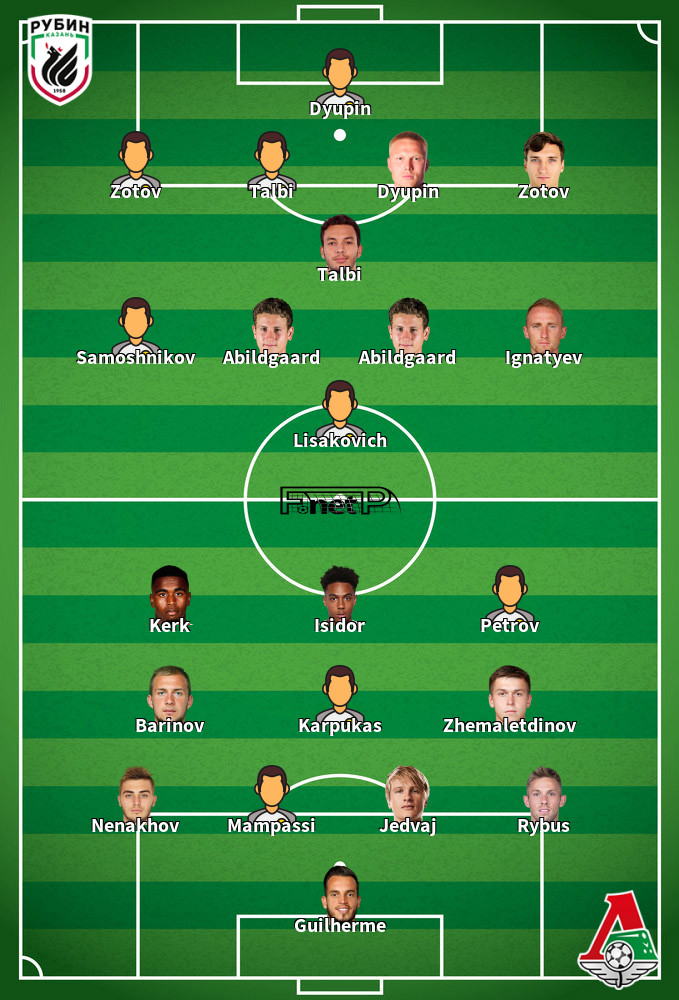 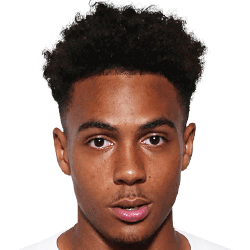 Usually playing in the Striker position, Wilson Isidor was born in Rennes, France. After having played his first senior match for Monaco in the 2018 - 2019 season, the talented Forward has scored a sum of 7 league goals in the Premier League 2021 - 2022 season so far coming from a total of 8 appearances.

We have made these Lokomotiv Moscow v Rubin Kazan predictions for this match preview with the best intentions, but no profits are guaranteed. Please always gamble responsibly, only with money that you can afford to lose.