Terek Grozny will be the visitors at RZD Arena on Saturday for the Premier League tie with home side Lokomotiv Moscow.

Lokomotiv Moscow prepare for this match after a 1-1 Premier League drawn match versus Spartak Moscow.

It’s been a rare occasion in recent times where Lokomotiv Moscow have shown defensive steel. The reality is that Lokomotiv Moscow have seen their defence breached in 6 of their previous 6 clashes, shipping 7 goals on the way. Previous results aside, it remains to be seen if the trend shall be maintained in this upcoming game.

Coming into this meeting, Lokomotiv Moscow are winless against Terek Grozny in their previous 2 league games.

Terek Grozny head into the meeting following a 3-1 Premier League win with the downing of Nizhny Novgorod in their most recent match.

In that game, Terek Grozny managed 61% possession and 25 attempts at goal with 10 of them on target. For Terek Grozny, the scorers were Mohamed Konaté (40') and Daniil Utkin (90'). For their opponents, Nizhny Novgorod had 6 attempts on goal with 1 of them on target. Kirill Kosarev (55') and Daniil Penchikov (72' Own goal) scored for Nizhny Novgorod.

The stats don’t lie, and Terek Grozny have been scored against in 5 of their last 6 games, seeing opposing sides hit 6 goals in total. Defensively, Terek Grozny could really do with shoring things up.

Coming into this clash, Terek Grozny are without an away win for the past 2 league games.

Checking on their most recent head to head meetings stretching back to 29/09/2018 shows us that Lokomotiv Moscow have won 4 of these games & Terek Grozny 1, with the tally of drawn games being 1.

A combined total of 14 goals were shared by the two clubs during those clashes, with 10 of them from Loko and 4 for The Wolves. That’s an average goals per game of 2.33.

The previous league fixture between these clubs was Premier League match day 16 on 28/11/2020 which ended up with the score at Terek Grozny 0-0 Lokomotiv Moscow.

The match was refereed by Kirill Levnikov.

The Lokomotiv Moscow boss Markus Gisdol doesn’t have any fitness worries at all before this clash thanks to a fully injury-free group to choose from.

With a completely healthy squad ready to go, the Terek Grozny manager Andrei Talalayev has zero fitness worries whatsoever ahead of this match.

We’re of the opinion that Terek Grozny may well find it hard to find the net against this Lokomotiv Moscow lineup who we think will likely score at least once to put them ahead.

With that in mind, we reckon that it will be a hard-fought contest, finishing with a 1-0 winning score for Lokomotiv Moscow at the end of the 90 minutes. 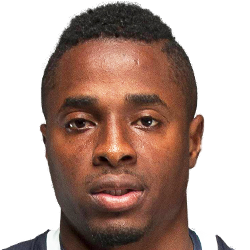 Typically played in the Left Wing position, François Kamano was born in Conakry, Guinea. Having made his senior debut playing for SC Bastia in the 2014 - 2015 season, the dangerous Forward has netted 2 league goals in the Premier League 2021 - 2022 campaign so far from a total of 11 appearances.

We have made these Lokomotiv Moscow v Terek Grozny predictions for this match preview with the best intentions, but no profits are guaranteed. Please always gamble responsibly, only with money that you can afford to lose. Good luck with your selections.