Our predictions, user poll and statistics for Septemvri Sofia v Lokomotiv Sofia can be found here - along with the latest match odds.

Septemvri Sofia will be looking for an improved result here after the 0-1 First League loss in their previous game against Lokomotiv Sofia.

Coming into this clash, Septemvri Sofia are without a win at home for the past 4 league games. Their supporters are understandably frustrated.

Over the course of 6 of the prior 6 games involving Lokomotiv Sofia, a relatively low number of goals have gone in between them and opposing teams. The overall average goals scored per game during that period comes out as a mere 1.67, with the average goals for The Railwaymen equalling 1. We will have to find out if that trend will be sustained in this game.

The last league clash featuring the two was First League match day 5 on 08/08/2022 when the final score was Septemvri Sofia 0-1 Lokomotiv Sofia.

The Septemvri Sofia boss Slavko Matić will be thankful to have no fitness worries to speak of coming into this clash thanks to a fully healthy group to pick from.

Due to a completely healthy squad ready to go, the Lokomotiv Sofia boss Stanislav Genchev has zero fitness worries whatsoever before this clash.

Our assessment is that Lokomotiv Sofia and Septemvri Sofia could both end up scoring in what appears to be a good match-up, with little separating these two teams.

We’ll see, but this looks like it could end up all-square. We’re therefore tipping a hard-fought 1-1 scoreline at the end of the 90. 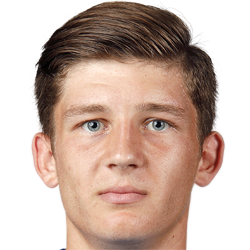 Customarily playing in the Right Wing position, Atanas Kabov was born in Plovdiv, Bulgaria. After making a first senior appearance for Levski Sofia in the 2018 - 2019 season, the accomplished Forward has accumulated 2 league goals in this First League 2022 - 2023 campaign so far from a total of 4 appearances.

We have made these Septemvri Sofia v Lokomotiv Sofia predictions for this match preview with the best intentions, but no profits are guaranteed. Please always gamble responsibly, only with money that you can afford to lose. We wish you the best of luck.