Lokomotiva Zagreb journey to Stadion Gradski vrt on Sunday for the Prva Liga showdown with home side NK Osijek.

All NK Osijek v Lokomotiva Zagreb match predictions, user poll and stats are shown below - plus the latest match odds.

NK Osijek will want to continue from where they left off last time out with the 1-0 Prva Liga success against Lokomotiva Zagreb.

In that game, NK Osijek had 46% possession and 18 shots at goal with 6 on target. The scorer for NK Osijek was Mihael Žaper (26'). Lokomotiva Zagreb got 15 shots on goal with 1 on target.

In their past six fixtures, Nenad Bjelica's NK Osijek have celebrated scoring 6 times which gives them an average number of goals per match of 1.

Their prior results show that NK Osijek:

Illustrating their involvement in action-packed matches, goals have been seen as many as 21 times in the last 6 matches in which Lokomotiva Zagreb have taken to the field, yielding an average of 3.5 goals each meeting. Their opponents have got 9 from this total. That pattern might not be carried forward into this game, of course.

An inspection of past results between these clubs going back to 22/01/2021 shows that these encounters have been miserable for Lokomotiva Zagreb. They’ve not managed to get any victories whatsoever while NK Osijek have managed to find a way, getting wins in 67 per cent of those games played.

In all, 13 goals were scored between the two sides in these games, with 11 of them for Bijelo-plavi and 2 being from Lokosi. The average number of goals per game works out to 2.17.

The last league fixture featuring these sides was Prva Liga match day 26 on 04/03/2022 which finished with the scoreline of Lokomotiva Zagreb 0-0 NK Osijek.

That day, Lokomotiva Zagreb had 47% possession and 11 attempts on goal with 4 of them on target.

At the other end, NK Osijek got 10 shots on goal with 4 of them on target.

The referee was Mario Zebec.

The NK Osijek manager Nenad Bjelica will be happy not to have any fitness concerns at all coming into this clash with a fully healthy squad available for selection.

Lokomotiva Zagreb manager Silvijo Čabraja has a number of players out of action. Justin de Haas (Ankle Surgery) and Oliver Petrak (Torn Ligament) are not ready for selection.

We envisage that NK Osijek should fashion enough chances to find the net more than once while possibly not conceding against Lokomotiva Zagreb, who could well find it tough to score themselves.

We can therefore see a controlled 2-0 win for NK Osijek at full-time. 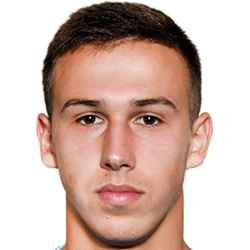 Mostly deployed in the Central Attacking Midfielder position, Ivan Fiolić was born in Zagreb, Croatia. After having played his first senior match for Dinamo Zagreb in the 2013 - 2014 season, the dangerous Midfielder has managed to score 4 league goals in this Prva Liga 2021 - 2022 campaign so far coming from a total of 23 appearances.

We have made these NK Osijek v Lokomotiva Zagreb predictions for this match preview with the best intentions, but no profits are guaranteed. Please always gamble responsibly, only with money that you can afford to lose. Good luck with your selections.