Return to this page a few days before the scheduled game when this expired prediction will be updated with our full preview and tips for the next match between these teams.
Full-Time Result Prediction
👉
Lokomotiva Zagreb to Win

Šibenik will do battle with guests Lokomotiva Zagreb at Stadion Šubićevac in the Prva Liga tie on Saturday.

View all of the Šibenik v Lokomotiva Zagreb predictions, poll and stats below - as well as up-to-date odds.

Šibenik will be hoping for a better result after a 2-0 Prva Liga losing effort in their last game against Dinamo Zagreb.

It has not been often in recent games where Šibenik haven’t conceded. It will be a concern for them that Šibenik have been scored against in 6 of their previous 6 clashes, leaking 9 goals on the way.

Looking at their past form shows that Šibenik:

Looking at their form, and Lokomotiva Zagreb have been scored against in 5 of their last 6 matches, with opponents netting 6 goals in total. Defensively, Lokomotiva Zagreb can certainly do much better. Such a pattern isn’t assured to follow through into this game, however.

Coming into this fixture, Lokomotiva Zagreb haven't beaten Šibenik when they have played them away from home in the previous 2 matches in the league.

Looking at their most recent head-to-head meetings dating back to 05/08/2011 shows us that Šibenik have won 2 of these & Lokomotiva Zagreb 3, with the tally of drawn games standing at 1.

A combined sum of 13 goals were yielded between them in this period, with 7 of them from Šibenik and 6 being from Lokosi. The average number of goals per game works out to 2.17.

The previous league clash between these sides was Prva Liga match day 32 on 30/04/2021 and the score finished Lokomotiva Zagreb 1-0 Šibenik.

In that match, Lokomotiva Zagreb had 59% possession and 8 shots on goal with 1 on target. Their only player on the scoresheet was Lešković (85').

Šibenik had 13 shots at goal with 5 of them on target.

The referee was Tihomir Pejin.

The Šibenik boss Mario Rosas does not have any fitness worries to speak of coming into this clash owing to a fully injury-free squad available for selection.

In an otherwise full-strength group, there is just the one fitness worry for the Lokomotiva Zagreb boss Silvijo Čabraja to contend with. Indrit Tuci (Torn Knee Ligament) misses out for this game.

In our opinion, Šibenik will need things to go their way to find the net against this Lokomotiva Zagreb outfit who we reckon will do enough to score at the other end and edge ahead.

Therefore, we predict a good battle with a 0-1 victory for Lokomotiva Zagreb after 90 minutes. 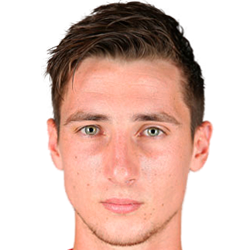 Usually taking to the field in the Right Wing position, Marin Jakoliš was born in Croatia. After having made a senior debut playing for Royal Excel Mouscron in the 2014 - 2015 season, the gifted Forward has managed 4 league goals in this Prva Liga 2021 - 2022 campaign to date in 7 appearances.

We have made these Šibenik v Lokomotiva Zagreb predictions for this match preview with the best intentions, but no profits are guaranteed. Please always gamble responsibly, only with money that you can afford to lose. We wish you the best of luck.