Return to this page a few days before the scheduled game when this expired prediction will be updated with our full preview and tips for the next match between these teams.
Full-Time Result Prediction
👉
Los Angeles FC to Win

Our predictions, user poll and statistics for Los Angeles FC v Philadelphia Union can be found here including the latest game odds.

Los Angeles FC are hoping to win again after their last result, a 2-0 MLS triumph versus Minnesota United.

In that match, Los Angeles FC managed 54% possession and 23 shots at goal with 6 on target. For Los Angeles FC, goals were scored by Ryan Hollingshead (82') and José Cifuentes (90'). For their opponents, Minnesota United had 8 shots on goal with 1 on target.

It has been all too rare in recent times where Los Angeles FC haven’t conceded. It will be a concern for them that Los Angeles FC have failed to prevent opponents from scoring in 5 of their previous 6 matches, leaking 7 goals on the way.

In their previous game, Philadelphia Union drew 1-1 in the MLS match with Nashville.

Over the course of 5 of the prior six clashes featuring Philadelphia Union, a relatively low number of goals have been struck between them and their opposition. The overall average number of goals per game within that period comes out as a meagre 2, with the average goals for The U standing at 1.33. We shall soon find out whether or not that trend will end up being continued on in this game.

The previous league meeting featuring the two was MLS match day 3 on 09/03/2020 when it ended Los Angeles FC 3-3 Philadelphia Union.

The match was refereed by Chris Penso.

Thanks to a fully injury-free group to choose from, the Philadelphia Union boss Jim Curtin has zero fitness concerns whatsoever before this clash.

We’re of the view that Los Angeles FC can and should dominate possession and create several successful chances.

However, Philadelphia Union may well struggle to make a breakthrough although we do reckon that they could well end up scoring here as well. 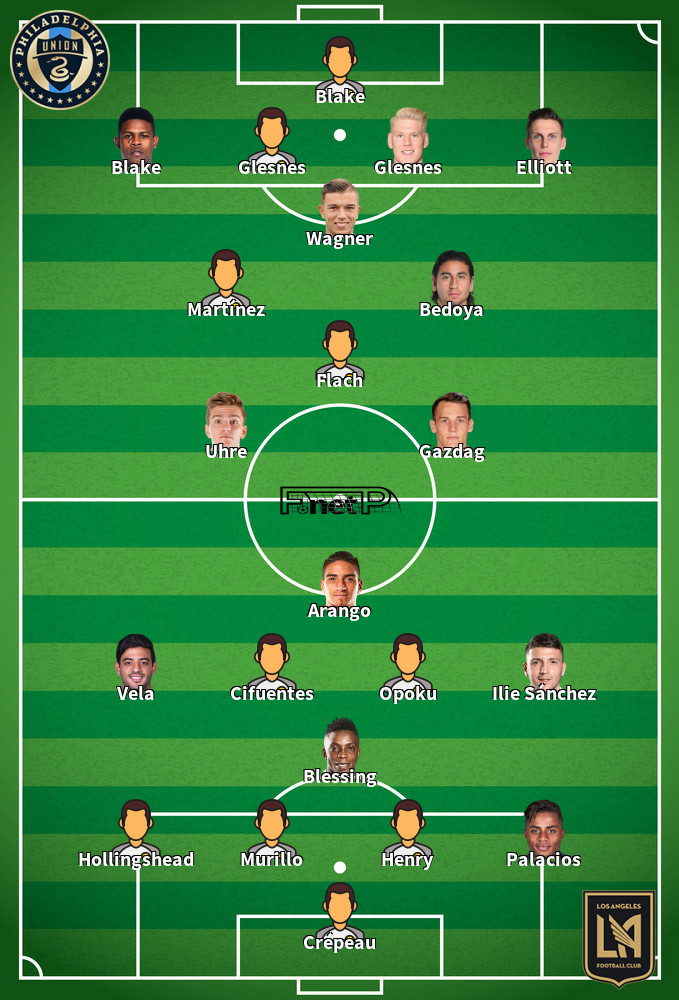 We have made these Los Angeles FC v Philadelphia Union predictions for this match preview with the best intentions, but no profits are guaranteed. Please always gamble responsibly, only with money that you can afford to lose. Best of luck with your selections.