Return to this page a few days before the scheduled game when this expired prediction will be updated with our full preview and tips for the next match between these teams.
Full-Time Result Prediction
👉
Seattle Sounders FC to Win

Our full set of predictions, statistics and match poll for Seattle Sounders FC v Los Angeles FC can be seen below - plus the latest match odds.

Brian Schmetzer's Seattle Sounders FC have seen rewards for their attempts on goal 12 times in their prior 6 outings. The corresponding tally of goals that have been scored against them in those same games amounts to 5.

Los Angeles FC will go into this game after a 3-2 MLS win in the defeat of San Jose Earthquakes in their most recent fixture.

Steve Cherundolo's Los Angeles FC have seen their efforts on goal rewarded a total of 9 times in the course of their previous six matches. The number of goals that have been scored against them during those same clashes equals 9.

Checking on their past head-to-head meetings stretching back to 19/09/2020 shows us that Seattle Sounders FC have won 3 of these games & Los Angeles FC 2, with the number of draws being 1.

In all, 18 goals were scored between the two sides in this period, with 10 of them for The Sounders and 8 created by LAFC. That is an average goals per game value of 3.

Seattle Sounders FC got 14 attempts at goal with 5 on target.

Thanks to a largely healthy group of players, there’s only the one fitness issue for the Los Angeles FC manager Steve Cherundolo to be concerned about. Erik Dueñas (Cruciate Ligament Rupture) misses out for this game.

We believe that Los Angeles FC will need to apply a lot of pressure to register a score against this Seattle Sounders FC outfit who we think will likely emerge victorious.

We therefore think that it’s going to be a very even contest with a 1-0 win for Seattle Sounders FC after 90 minutes. 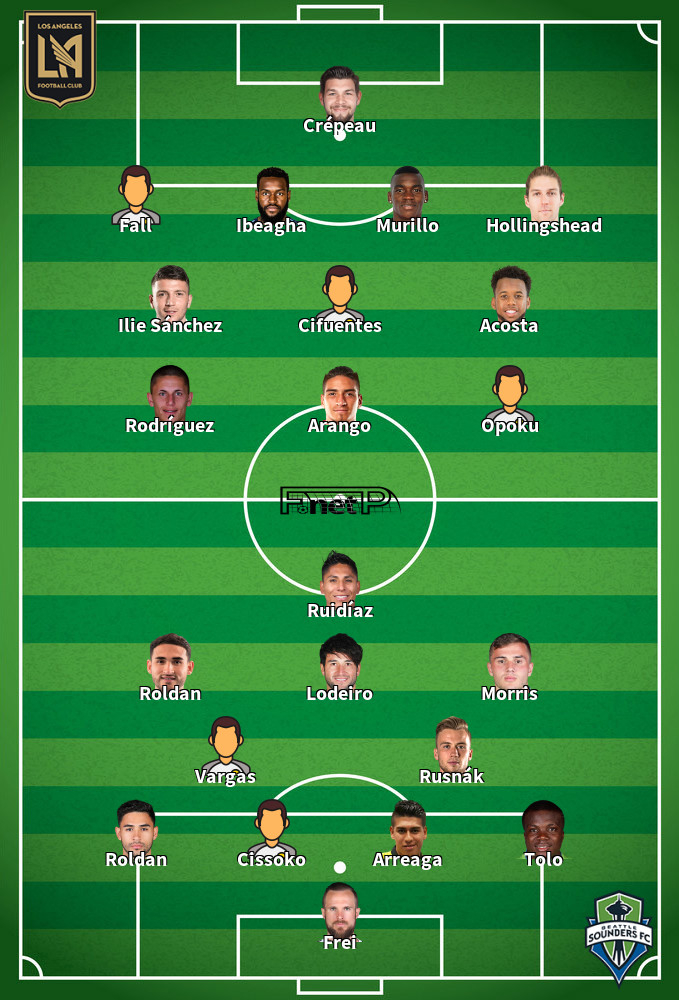 While we have made these predictions for Seattle Sounders FC v Los Angeles FC for this match preview with the best of intentions, no profits are guaranteed. Always gamble responsibly, and with what you can afford to lose. Good luck if you do place a bet today.