RC Lens are going up against guests Lille at Stade Bollaert-Delelis in the Ligue 1 meeting on Friday.

View all of the RC Lens v Lille predictions, poll and stats below including the latest game odds.

It has not been often in recent games that RC Lens have shown defensive steel. In fact, Les Artésiens have failed to prevent opponents from scoring in 6 of their previous 6 matches, letting in 7 goals along the way.

A look at their previous results shows us that RC Lens:

Lille will come into the match after a 2-0 Ligue 1 win with the downing of Nice in their previous outing.

In their previous six outings, Lille have amassed a tally of 10 goals. LOSC have also managed to score in every single one of those games. In that time, they’ve had 5 goals scored by their opponents. We will find out if that trend can be continued on here.

Looking at the pre-match facts, Lille:

An inspection of their past head to head results going back to 30/01/2010 tells us that these encounters have not been kind to RC Lens. They’ve not managed to come away with any victories whatsoever whereas Lille have remained in the ascendancy, winning in 83% of those matches.

17 goals were shared by the two clubs in these games, with 3 of them for Les Artésiens and 14 belonging to LOSC. The average number of goals per game works out to 2.83.

On the other side, RC Lens got 7 shots at goal with 2 on target.

Massadio Haidara (Calf Injury) and Adam Oudjani (Surgery) won’t be playing for Lens boss Franck Haise. Issiaga Sylla will not be able to play in this game through being suspended.

With a completely injury-free squad to choose from, Lille manager Christophe Galtier has zero fitness concerns to report coming into this game. Benjamin André cannot play in this game through suspension.

We’re of the opinion that RC Lens have it within them to find the net against this Lille lineup, although one goal might not be enough to avoid defeat.

Our selection here is for a close game with a 1-2 winning margin for Lille by the conclusion of the game. It should be a decent one. 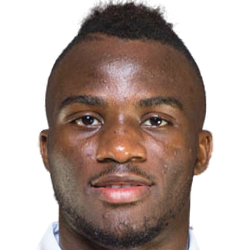 Normally played in the Striker position, Ignatius Ganago was born in Douala, Cameroon. After having made a senior debut playing for Nice in the 2017 - 2018 season, the dangerous Forward has struck 7 league goals in the Ligue 1 2020 - 2021 campaign to date from a total of 21 appearances.

We have made these RC Lens v Lille predictions for this match preview with the best intentions, but no profits are guaranteed. Please always gamble responsibly, only with money that you can afford to lose. We wish you the best of luck.