Lille are going up against guests Strasbourg at Stade Pierre-Mauroy in the Ligue 1 tie on Sunday.

All of our predictions, stats and the user poll for Lille v Strasbourg are shown below - along with the latest match odds.

Lille won’t want a repeat of their last result here after the 2-1 Europa League loss in their previous game against Ajax.

Christophe Galtier's Lille have found the net 9 times in their past 6 outings. The number of goals that have been scored against them in that same time stands at 5.

Looking at their past form shows that Lille:

In the game prior to this, Strasbourg drew 0-0 in the Ligue 1 match with Angers SCO.

The strike force from Strasbourg have suffered from a shortage of goals in their past six clashes, netting the unsatisfactory return of just 4. In those fixtures, Le Racing have also seen the collective goal aggregate against them equal 9.

Coming into this fixture, Strasbourg haven't won against Lille when they have played them away from home in the previous 3 matches in the league.

A review of their past head to head meetings stretching back to 28/01/2018 reveals that these fixtures have not been good ones for Strasbourg. They’ve not been able to get themselves any victories at all while Lille have just been too good for them, getting wins in 67% of those matches.

An aggregate of 13 goals were scored between them during those clashes, with 10 of them from LOSC and 3 created by Le Racing. That’s an average goals per game figure of 2.17.

The last league game featuring these sides was Ligue 1 match day 6 on 04/10/2020 and the score finished Strasbourg 0-3 Lille.

On that day, Strasbourg managed 45% possession and 14 attempts at goal with 3 of them on target.

The match was refereed by Mikael Lesage.

It’s a low absenteeism rate, with just one fitness concern for the Lille manager Christophe Galtier to contend with from of an almost fully healthy set of players. Burak Yilmaz (Calf Injury) will miss out.

Strasbourg manager Thierry Laurey has to choose a team with limited availability. Matz Sels (Achilles tendon rupture) and Mohamed Simakan (Arthroscopie) are those who can’t be considered.

In this game, Lille are likely to have the majority of the possession and should be able to turn a few of their chances into goals.

At the same time, Strasbourg could well find it tough finding the net themselves although we do reckon that they could well end up scoring as well.

Our selection here is for a decent 3-1 winning score for Lille at the conclusion of the game. 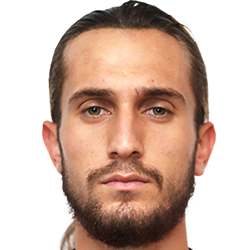 Generally taking to the field in the Central Attacking Midfielder position, Yusuf Yazıcı was born in Trabzon, Turkey. Having played his first senior match for Trabzonspor in the 2015 - 2016 season, the gifted Midfielder has contributed 7 league goals in the Ligue 1 2020 - 2021 campaign to date coming from a total of 22 appearances.

We have made these Lille v Strasbourg predictions for this match preview with the best intentions, but no profits are guaranteed. Please always gamble responsibly, only with money that you can afford to lose.