Scroll down to see all of the predictions, poll and statistics for Slavia Sofia v Ludogorets Razgrad - as well as up-to-date odds.

Slavia Sofia, following on from their previous result, will be hoping for more of the same after a 1-2 First League success over Levski Sofia.

It has been a rare occasion in recent games where Slavia Sofia have kept a clean sheet. In fact, Slavia Sofia have seen their defence breached in 5 of their previous 6 games, giving up 8 goals during that time.

Going into this one, Slavia Sofia have not won against Ludogorets Razgrad in their last 2 matches in the league.

In their previous fixture, Ludogorets Razgrad drew 1-1 in the First League tie with CSKA 1948.

Coming into this clash, Ludogorets Razgrad are undefeated in their last 9 league matches away from home. They've been so good on the road.

Checking on their past head-to-head clashes going back to 12/07/2020 tells us that Slavia Sofia have won 2 of these games and Ludogorets Razgrad 4, with the tally of drawn matches being 0.

A combined total of 19 goals were produced between them in this period, with 6 of them from The White Avalanche and 13 being from The Eagles. The average number of goals per game works out to 3.17.

The previous league match between these sides was First League match day 1 on 17/04/2022 which ended up with the score at Ludogorets Razgrad 4-1 Slavia Sofia.

On that day, Ludogorets Razgrad managed 54% possession and 12 attempts at goal with 7 of them on target. The goalscorers were Bernard Tekpetey (16', 54') and Matías Tissera (23').

The referee was Valdimir Valkov.

The Slavia Sofia boss Zlatomir Zagorčić will be grateful to have no fitness worries to speak of ahead of this clash owing to a fully healthy squad to choose from. Ertan Tombak cannot play in this game through suspension.

Due to a fully injury-free squad to pick from, the Ludogorets Razgrad boss Ante Šimundža has zero fitness concerns to report ahead of this clash.

In our view, Slavia Sofia must be fancied to put a goal past this Ludogorets Razgrad team, although just one goal might not be enough to give them the result that they want.

We’re going for a tight encounter finishing with a 1-2 winning score for Ludogorets Razgrad when the full-time whistle blows. It should be a decent one. 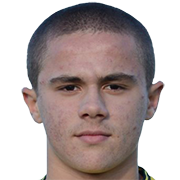 Mostly played in the Right Wing position, Kristian Dobrev was born in Burgas, Bulgaria. Having made his senior debut playing for Botev in the 2018 - 2019 season, the dangerous Forward has bagged 2 league goals in the First League 2022 - 2023 season so far in 13 appearances.

We have made these Slavia Sofia v Ludogorets Razgrad predictions for this match preview with the best intentions, but no profits are guaranteed. Please always gamble responsibly, only with money that you can afford to lose. We wish you the best of luck.