Magdeburg will arrive at Stadion an der Bremer Brücke on Saturday for the 3rd Liga fixture with home side Osnabruck.

To see all of our predictions, user poll & stats for Osnabruck v Magdeburg, scroll down - as well as the best betting odds.

Osnabruck go into this game following a 1-1 3rd Liga drawn match versus Magdeburg.

The only scorer from Osnabruck was Sebastian Klaas (5'). Sirlord Conteh (7') was the scorer for Magdeburg.

Three or more goals per game were recorded in 5 of the last 6 meetings where Osnabruck have played. Opposing sides scored 13 of them in these games while Osnabruck totted up 12.

In as many as 6 out of the previous 6 clashes involving Magdeburg, at least three goals have been hit. The overall average number of goals per game in that spell is 4.67, with the number of goals averaged by Magdeburg standing at 3. Let’s find out if that trend will end up being sustained in this game.

A review of their past head-to-head meetings dating back to 20/02/2016 shows that Osnabruck have won 2 of these & Magdeburg 4, with the number of drawn matches standing at 0.

In all, 17 goals were scored between them during those clashes, with 6 for Osnabrück and 11 netted by Magdeburg. That’s an average goals per game of 2.83.

The previous league meeting featuring the two was 3rd Liga match day 19 on 11/12/2021 when it finished Magdeburg 2-1 Osnabruck.

The Osnabruck boss Daniel Scherning doesn’t have any fitness worries whatsoever before this game owing to a completely injury-free squad ready to go.

Our assessment is that Magdeburg and Osnabruck could both end up scoring at least one each in what appears to be a good match-up, with little separating the two teams.

Shouldn’t be much in it, and there should be goals with a draw being quite a realistic outcome. We’re therefore predicting a hard-fought 2-2 when all is said and done. 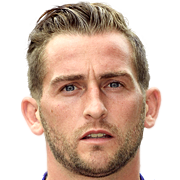 Typically used in the Right Wing position, Marc Heider was born in Sacramento, USA. Having made a first senior appearance for SV Werder Bremen II in the 2008 - 2009 season, the gifted Forward has struck 10 league goals in the 3. Liga 2021 - 2022 campaign to date in 32 appearances.

While we have made these predictions for Osnabruck v Magdeburg for this match preview with the best of intentions, no profits are guaranteed. Always gamble responsibly, and with what you can afford to lose. We wish you the best of luck.