The 3rd Liga tie at MDCC-Arena on Saturday will see hosts Magdeburg prepare for the visit of opponents, Würzburger Kickers.

Our full set of predictions, statistics and match poll for Magdeburg v Würzburger Kickers can be seen below - along with the latest match odds.

Magdeburg will want to continue from where they left off last time out with the 0-2 3rd Liga triumph versus Borussia Dortmund II.

Magdeburg have been on a persistent run of goalscoring form, finding the back of the net in each and every one of their last 6 matches.

They have claimed a sum of 13 during that period and have conceded a total of 6. Having said that, it remains to be seen if the trend will persist here in this match.

For 6 of the prior 6 games featuring Würzburger Kickers, a notably low volume of goals have been struck between them and their opponents. The overall average number of goals per game during that spell is a mere 1.5, with the average goals for Würzburg standing at 0.5.

A look at their past head to head clashes stretching back to 05/12/2015 shows that Magdeburg have won 3 of them and Würzburger Kickers 2, with the number of drawn matches standing at 1.

11 goals were scored between them in these games, with 7 of them from Magdeburg and 4 for Würzburg. This gives an average number of goals per game equal to 1.83.

The last league match between these sides was 3rd Liga match day 29 on 02/06/2020 when the final score was Würzburger Kickers 0-1 Magdeburg.

The referee was Tobias Frisch.

Würzburger Kickers manager Torsten Ziegner has to choose from a squad that has some fitness concerns. Nzuzi Toko (Knee Surgery), Daniel Hägele (Tear in the abductor muscle) and Maximilian Breunig (Muscular problems) won’t be making appearances.

When taking all factors into account, Magdeburg have it within them to score more than once when they play Würzburger Kickers, who may well struggle getting goals.

We’re predicting a fairly comfortable 2-0 win for Magdeburg by the time that the referee blows the final whistle. 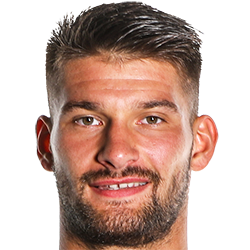 Customarily deployed in the Striker position, Kai Brünker was born in Germany. After making a first senior appearance for Sonnenhof Großaspach in the 2018 - 2019 season, the gifted Forward has contributed 2 league goals in the 3. Liga 2021 - 2022 campaign to date coming from a total of 7 appearances.

We have made these Magdeburg v Würzburger Kickers predictions for this match preview with the best intentions, but no profits are guaranteed. Please always gamble responsibly, only with money that you can afford to lose. Good luck with your selections.