Weymouth take on visiting club Maidenhead United at The Bob Lucas Stadium in this National League tie on Friday.

Our full set of predictions, statistics and match poll for Weymouth v Maidenhead United can be seen below - as well as the best betting odds.

Weymouth will be hoping to bounce back here following the 1-0 National League losing effort in their last game against Chesterfield.

Over their prior six fixtures, Brian Stock's Weymouth have scored a combined total of 8 times resulting in an average number of goals per match of 1.33.

Ahead of this clash, Weymouth are unbeaten in their last 4 league matches at home.

Since a loss in their previous game against Altrincham in National League competition, Maidenhead United and their travelling supporters will be hoping that they can get a better result in this one.

Ryan Colclough (64') was the scorer for Altrincham.

The stats tell the story, and Maidenhead United have been scored against in 5 of their last 6 matches, conceding 9 goals in all. At the back, The Magpies could really do with shoring things up.

Coming into this fixture, Maidenhead United haven’t won away from home in the past 3 matches in the league.

Weymouth manager Brian Stock will be happy not to have any fitness worries to speak of ahead of this game thanks to a fully injury-free squad to pick from.

Owing to a fully injury-free group available to choose from, Maidenhead United boss Alan Devonshire doesn’t have any fitness concerns to report coming into this match.

In our view, Maidenhead United and Weymouth could end up without much reward for their efforts here.

Let’s see what happens, but it could well be that we end up with scores level and two clean sheets. We’re therefore anticipating a very even match with a 0-0 scoreline at full-time. 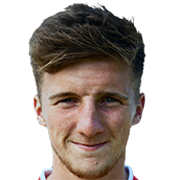 Mostly taking up the Centre Midfield position, Jake McCarthy was born in Blandford, England. After having played his first senior match for Maidstone United in the 2016 - 2017 season, the goalscoring Midfielder has contributed 3 league goals in the National League 2020 - 2021 campaign so far in 28 appearances.

We have made these Weymouth v Maidenhead United predictions for this match preview with the best intentions, but no profits are guaranteed. Please always gamble responsibly, only with money that you can afford to lose. Best of luck.