Málaga will do battle with visiting side UD Las Palmas at Estadio La Rosaleda in this La Liga 2 tie on Saturday.

Our full set of predictions, statistics and match poll for Málaga v UD Las Palmas can be seen below (plus the best game odds).

Málaga enter this fixture coming off the back of a 0-0 La Liga 2 stalemate against UD Las Palmas.

Over their past 6 fixtures, José Alberto López's Málaga have hit the back of the net a combined total of 6 times, with that being an average number of goals scored per match equal to 1.

Their prior results show that Málaga:

Throughout their 6 most recent matches, Pepe Mel's UD Las Palmas have turned their attacks into goals a total of 9 times thus giving them a goals per game average of 1.5.

Going into this game, the form guide shows that UD Las Palmas:

There have been frequent draws between the two sides. In their head to head clashes stretching back to 23/09/2018, the records show 5 of them. That’s a really high 83% of games finishing as draws.

In all, 7 goals were produced between them during those clashes, with 3 for Los Boquerones and 4 being from Las Palmas. This gives an average number of goals per game equal to 1.17.

Málaga got 7 attempts on goal with 3 on target. Stefan Šćepović (78') scored.

The Málaga boss José Alberto López will be thankful to have no fitness worries to speak of ahead of this game owing to a completely healthy group available for selection.

Thanks to a completely healthy group ready to go, the UD Las Palmas boss Pepe Mel doesn’t have any fitness concerns to report ahead of this match.

It’s looking like UD Las Palmas and Málaga could both well score here although it’s hard to see a clear-cut winner.

A close call, and we think a draw is quite likely. That is why we are leaning toward a very close game with a score draw after 90 minutes. 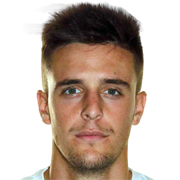 Typically taking to the field in the Centre Midfield position, Genaro was born in Gerena, Spain. Having played his first senior match for Sevilla Atlético in the 2017 - 2018 season, the skilful Midfielder has got 2 league goals in the LaLiga2 2021 - 2022 season so far in a total of 15 appearances.

We have made these Málaga v UD Las Palmas predictions for this match preview with the best intentions, but no profits are guaranteed. Please always gamble responsibly, only with money that you can afford to lose. Good luck if you do place a bet today.