Return to this page a few days before the scheduled game when this expired prediction will be updated with our full preview and tips for the next match between these teams.
Full-Time Result Prediction for Manchester United vs Burnley
Manchester United to Win
Burnley will visit Old Trafford on Wednesday for the Premier League game with home side Manchester United.

Our feeling is that Manchester United look set to get the win and a possible clean sheet when they come up against Burnley, who will not find it easy finding the net themselves. We’re tipping a 2-0 victory for Manchester United at the end of the 90 minutes. Our Manchester United v Burnley tips, poll and stats can be seen in full below - plus the latest betting odds.

A look at their previous results shows us that Burnley: 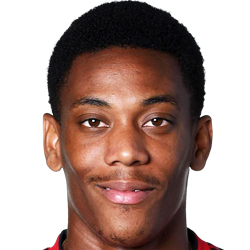 Usually taking up the Striker position, Anthony Martial was born in Massy, France. Having made his senior debut playing for Olympique Lyonnais in the 2012 - 2013 season, the gifted Forward has struck 8 league goals in the Premier League 2019 - 2020 campaign so far in 16 appearances.

We have made these Manchester United v Burnley predictions for this match preview with the best intentions, but no profits are guaranteed. Please always gamble responsibly, only with money that you can afford to lose.