All of our predictions, stats and the user poll for Manchester United v Real Sociedad are shown below - along with the latest match odds.

Manchester United fans will want a repeat of their previous result, being a 3-1 Premier League triumph against Newcastle United.

In that game, Manchester United had 72% possession and 15 attempts on goal with 7 of them on target. For Manchester United, the goals were scored by Marcus Rashford (30'), Daniel James (57') and Bruno Fernandes (75'). For their opponents, Newcastle United got 10 attempts at goal with 6 of them on target. Allan Saint-Maximin (36') scored for Newcastle United.

Manchester United have been offensively very strong in recent times, smashing 21 goals past their opponents during the course of the previous six fixtures. In those meetings, The Red Devils have also seen the number of goals that have gone against them total 5. That trend might not be sustained here, of course.

Real Sociedad go into this clash after a 4-0 La Liga win in the defeat of Alaves in their most recent fixture.

Demonstrating their predisposition for productive matches, the back of the net has been hit 20 times in the previous 6 games in which Real Sociedad have sent out their troops, making it an average of 3.33 goals for each clash. Opposing teams have got 9 from this total.

Thanks to a mainly available group, there is just the lone fitness worry for the Real Sociedad boss Imanol Alguacil to contend with. Luca Sangalli (Knee Injury) misses out for this game.

Looking at these two teams, we feel that Manchester United will likely get amongst the goals when they play Real Sociedad, who won’t find it easy to score themselves.

Accordingly, we see a comfortable 2-0 winning margin for Manchester United when the full-time whistle blows. 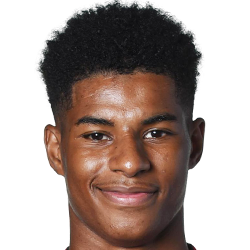 Mostly taking to the field in the Striker position, Marcus Rashford was born in Wythenshawe, England. Having played his first senior match for Manchester United in the 2015 - 2016 season, the gifted Forward has bagged 8 league goals in the Premier League 2020 - 2021 campaign so far in a total of 24 appearances.

We have made these Manchester United v Real Sociedad predictions for this match preview with the best intentions, but no profits are guaranteed. Please always gamble responsibly, only with money that you can afford to lose. Good luck!