The Manchester United v West Ham United live stream video is scheduled for broadcast on 20/09/2021. Fans of both clubs can watch this match on a live streaming service should the game be featured in the schedule provided above. Here we arm you with helpful information for watching this EFL Cup game including the most recent guide to form, h2h meetings and our match tips.

To watch this game using alternative methods, search for tv listings relating to your place of residence. These broadcasting rights are typically distributed on a per-competition/league or even per-game level. For matches shown live on regional tv programmes, check the schedules on the likes of BT Sport, Amazon Prime Video, Sky Sports, Now TV, iTV, Canal+, Fox Soccer, ESPN relevant to where you are.

Where the abovementioned broadcaster is providing Manchester United v West Ham United football live streaming service, you can watch it on your mobile (iPhone, Android including Huawei) and computer plus tablet (eg iPad, Acer ACTAB).

After the match finishes, we may also provide a link to the match highlights from time to time. We are not responsible for transmitting any match video content linked to from here. All legal complaints must be dealt with via the hosters/owners of the content.

Scroll down for all of our predictions, poll and stats for the Manchester United v West Ham United game - as well as the best betting odds.

Manchester United, following on from their previous result, will be hoping for more of the same after a 1-2 Premier League victory over West Ham United.

Fixtures featuring Manchester United have often been exciting encounters lately with high scoring being a real hallmark. Over their past half dozen games, the sum of 20 goals have flown in for both teams combined (at an average of 3.33 goals per game) with 14 of them being chalked up by Manchester United. We will have to see whether or not that trend can be continued on into this next match.

Proving their partiality to fruitful matches, the back of the net has been hit 20 times in the last six matches in which West Ham United have sent out their troops, giving a mean average of 3.33 goals each fixture. Opposition teams have got 7 of those goals.

Checking on their most recent head to head meetings going back to 13/04/2019 shows that Manchester United have won 4 of them & West Ham United 1, with the number of draws being 1.

A combined total of 13 goals were produced between them in this period, with 8 from The Red Devils and 5 being from The Hammers. That’s an average goals per game of 2.17.

Thanks to a fully healthy squad ready to go, the West Ham United boss David Moyes has zero fitness worries to report before this match.

When taking all factors into account, Manchester United can and should see a lot of the ball and convert quite a few goal-scoring opportunities.

In contrast, West Ham United may well struggle getting goals although we do think that they will probably end up managing to get on the scoresheet, too.

We’re tipping a decent 3-1 winning score for Manchester United by the time that the referee blows the final whistle. 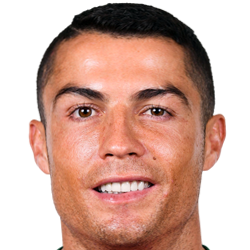 Mostly taking to the field in the Striker position, Cristiano Ronaldo was born in Funchal, Portugal. Having made a first senior appearance for Sporting Lisbon in the 2002 - 2003 season, the goalscoring Forward has scored 2 league goals in this Premier League 2021 - 2022 season so far from a total of 1 appearances.

While we have made these predictions for Manchester United v West Ham United for this match preview with the best of intentions, no profits are guaranteed. Always gamble responsibly, and with what you can afford to lose. We wish you the best of luck.

⚽️ Where can I see the predictions for other EFL Cup matches?

You can see all of our next (and previous) EFL Cup predictions & previews here.