All Port Vale v Mansfield Town match predictions, user poll and stats are shown below (plus the best game odds).

Port Vale won’t want a repeat of their last result here after the 1-0 League Two loss in their previous game against Grimsby Town.

Matt Green (32') was the scorer for Grimsby Town.

Their latest results show that it has been a great time for the Port Vale rearguard. The Valiants have given the opposition little, resulting in the number of goals that have gone past their goalkeeper during their previous six clashes standing at 2. That kind of pattern might not be continued into this match, though.

Mansfield Town will come into the meeting following a 4-1 League Two win to defeat Oldham Athletic in their last outing.

Going into this encounter, Mansfield Town have not won against Port Vale when they've played them away from home in the last 2 league games.

A glance at their prior head to head meetings going back to 17/11/2018 shows us that Port Vale have won 1 of them and Mansfield Town 2, with the tally of drawn matches being 3.

A combined total of 20 goals were scored between them in these games, with 8 for The Valiants and 12 created by The Stags. The average number of goals per game works out to 3.33.

The previous league fixture featuring the two was League Two match day 22 on 02/01/2021 which ended up with the score at Mansfield Town 4-0 Port Vale.

Port Vale boss Darrell Clarke does not have any fitness concerns whatsoever coming into this game owing to a fully injury-free squad available for selection.

Thanks to a fully healthy squad to choose from, Mansfield Town manager Nigel Clough has zero fitness concerns to speak of coming into this game.

We envisage that Mansfield Town and Port Vale may well end up cancelling each other out here.

We’ll see, but this looks like it could end up all-square. That’s why our selection here is for a very even match with a 1-1 score at the end of the match. 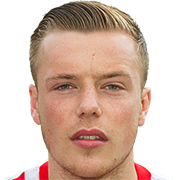 Customarily taking to the field in the Centre Midfield position, Tom Conlon was born in Porthill, England. After making a first senior appearance for Peterborough United in the 2013 - 2014 season, the accomplished Midfielder has struck 10 league goals in this League Two 2020 - 2021 season so far in 41 appearances.

We have made these Port Vale v Mansfield Town predictions for this match preview with the best intentions, but no profits are guaranteed. Please always gamble responsibly, only with money that you can afford to lose. Good luck!