The Primeira Liga meeting at Estádio do Marítimo on Sunday sees home side Marítimo taking on opponents Paços de Ferreira.

View all of the Marítimo v Paços de Ferreira predictions, poll and stats below (inc. the best betting odds).

Marítimo will be hoping to bounce back here after the 4-2 Primeira Liga loss in their previous game against Tondela.

Marítimo haven’t exactly had impressive attacking statistics in recent times. Their goals record equals just 4 versus opposition teams during the course of their previous 6 fixtures. In those meetings, Marítimo have also seen the number of goals scored against them come to 9. Such a trend won’t necessarily be continued here, though.

After suffering a loss in their previous game against Sporting Lisbon in Primeira Liga action, Paços de Ferreira and their travelling fans will hope for a better result here.

In that game, Paços de Ferreira managed 43% possession and 9 attempts on goal with 1 on target. At the other end, Sporting CP had 20 shots at goal with 8 on target. Gonçalo Inácio (47') and Pedro Gonçalves (69') scored for Sporting Lisbon.

Ahead of this clash, Paços de Ferreira are without an away win for the past 3 league games.

A review of their past head-to-head clashes dating back to 08/08/2017 tells us that Marítimo have won 3 of them & Paços de Ferreira 1, with the tally of draws being 2.

An aggregate of 10 goals were scored between the two sides throughout the course of those matches, with 6 of them for Os Verde-Rubros and 4 for Os Castores. This gives an average number of goals per game equal to 1.67.

The previous league clash featuring the two was Primeira Liga match day 32 on 09/05/2021 which ended up with the score at Paços de Ferreira 1-1 Marítimo.

In that match, Paços de Ferreira managed 58% possession and 17 shots on goal with 5 on target. Their only player on the scoresheet was Luiz Carlos (12').

At the other end, Marítimo had 7 attempts at goal with 1 of them on target. Joel Tagueu (40') scored.

The Marítimo manager Vasco Seabra has no fitness concerns whatsoever coming into this clash owing to a fully healthy group available to choose from.

Owing to a completely injury-free group ready to go, the Paços de Ferreira manager Jorge Simão doesn’t have any fitness concerns whatsoever before this match.

We feel that Paços de Ferreira and Marítimo could both find goals hard to come by here.

We therefore think that it’s going to be a hard-fought 0-0 draw at the end of the 90 minutes. 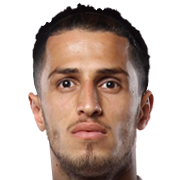 Normally playing in the Striker position, Ali Alipour was born in Qa'em Shahr, Iran. After having made a senior debut playing for Marítimo in the 2020 - 2021 season, the talented Forward has bagged 3 league goals in this Liga Portugal 2021 - 2022 season so far coming from a total of 11 appearances.

We have made these Marítimo v Paços de Ferreira predictions for this match preview with the best intentions, but no profits are guaranteed. Please always gamble responsibly, only with money that you can afford to lose.