Marseille play host to away side Monaco at Stade Vélodrome in the Ligue 1 tie on Saturday.

For all of our match predictions, pre-game poll and statistics for Marseille v Monaco, scroll down - as well as the best betting odds.

Marseille will want to continue from where they left off last time out with the 1-0 Coupe De France triumph vs Rennes.

Marseille haven’t been able to stop scoring goals, finding the back of the net in each and every one of their last 6 games.

They have totted up the amount of 16 during that time and have conceded a total of 3. Even so, time will tell if the trend might be sustained here in this game or not.

Heading into this contest, Marseille are undefeated in their previous 3 home league matches.

Monaco head into the encounter following on from a 7-1 Ligue 1 win in the defeat of AC Ajaccio in their last outing.

In as many as 5 out of the previous 6 games involving Monaco, three or more goals have been hit. The average goals scored per game within that spell is 4.5, with the number of goals averaged by Monaco equalling 2.83.

Coming into this contest, Monaco are undefeated in their previous 3 league matches away from home.

Looking at the statistics for their head to head meetings dating back to 30/10/2019, both clubs have shared the honours with Marseille winning 3 of those games, Monaco 3 and 0 being drawn in regulation time.

A total of 18 goals were scored between the two sides in this period, with 9 of them for Les Olympiens and 9 being from Les Rouge et Blanc. That’s an average goals per game figure of 3.

On that occasion, Monaco had 42% possession and 11 attempts on goal with 6 of them on target. The goalscorers were Wissam Ben Yedder (45') and Kevin Volland (72').

It’s a low absenteeism rate, with just the lone fitness concern for the Marseille boss Igor Tudor to be concerned with from of an almost fully healthy group of players. Amine Harit (Cruciate Ligament Injury) is out of contention.

From a largely healthy group, there is only a single fitness issue for the Monaco manager Philippe Clement to contend with. Kevin Volland (Bruised Rib) won’t be playing here. Mohamed Camara will not be able to play in this game through being suspended.

Our assessment is that Monaco are dangerous enough to find the net against this Marseille lineup, but it possibly won’t quite be enough to avoid defeat.

We’re expecting a narrow 2-1 winning score for Marseille at the end of the 90 minutes. Let’s wait and see how it plays out. 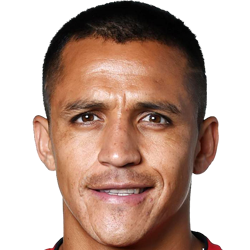 Mostly used in the Striker position, Alexis Sánchez was born in Tocopilla, Chile. Having played his first senior match for River Plate in the 2007 - 2008 season, the goalscoring Forward has managed 6 league goals in this Ligue 1 2022 - 2023 campaign to date from a total of 16 appearances.

We have made these Marseille v Monaco predictions for this match preview with the best intentions, but no profits are guaranteed. Please always gamble responsibly, only with money that you can afford to lose. Good luck if you do place a bet today.