PSG come up against visiting club Marseille at Parc des Princes in this Ligue 1 meeting on Sunday.

View all PSG v Marseille tips, stats and our pre-match poll below - as well as up-to-date odds.

PSG will be hoping for a better result following a 1-0 Ligue 1 loss in their previous game against RC Lens.

An interesting characteristic of recent Paris Saint-Germain games is seeing a zero in the scoreline.

Taking their prior sextet of matches before this one, in 5 of them a bet on both teams scoring would've lost.

Taking a look at their past results, PSG:

Marseille head into the meeting following on from a 2-3 Ligue 1 win over Brest in their previous outing.

Showing their partiality to productive matches, goals have been scored 22 times in the prior six matches in which Marseille have taken to the field, giving a mean average of 3.67 goals per clash. Opposition teams have managed 11 of this grand total. That sort of trend might not be carried forward into this match, though.

A review of their past head to head results stretching back to 22/10/2017 tells us that these fixtures have not been kind to Marseille. They’ve not been able to register any victories whatsoever whereas PSG have managed to find a way, beating them in 83% of those ties.

A total of 20 goals were scored between them in this period, with 17 for Les Rouge-et-Bleu and 3 created by Les Olympiens. This gives an average number of goals per game equal to 3.33.

The previous league game featuring the two was Ligue 1 match day 11 on 27/10/2019 and the score finished Paris Saint-Germain 4-0 Marseille.

For their opponents, Marseille had 11 attempts on goal with 2 on target.

Marseille boss André Villas-Boas has multiple availability issues to deal with. Simon Ngapandouetnbu (Corona virus) and Steve Mandanda (Corona virus) will miss out on this game.

It looks to us like Marseille will have a tough assignment to be putting goals past a PSG lineup who have the capability to control this match, should everything go as we’re expecting.

We think that it’s going to be a 3-0 winning scoreline for PSG at the end of the 90 minutes.

Over/Under 2.5 Goals Prediction for PSG vs Marseille
Over 2.5 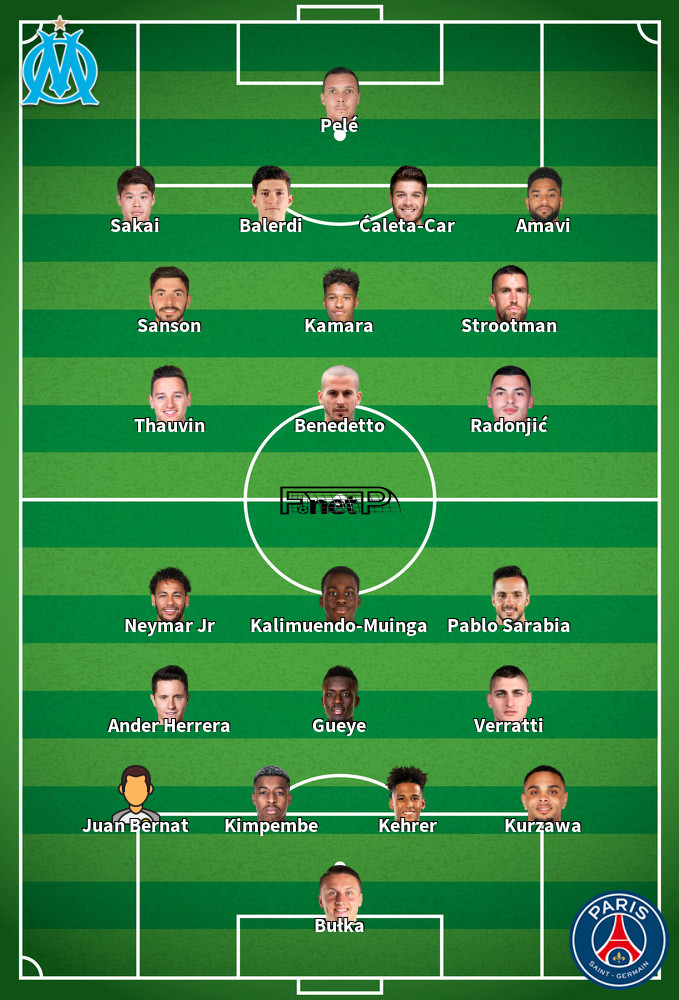 While we have made these predictions for PSG v Marseille for this match preview with the best of intentions, no profits are guaranteed. Always gamble responsibly, and with what you can afford to lose. We wish you the best of luck.