Return to this page a few days before the scheduled game when this expired prediction will be updated with our full preview and tips for the next match between these teams.
Full-Time Result Prediction
👉
Matsumoto Yamaga to Win

To see all of our predictions, user poll & stats for Matsumoto Yamaga v Renofa Yamaguchi, scroll down including the latest game odds.

Matsumoto Yamaga will want to continue from where they left off last time out with a 0-1 J2 League success vs Giravanz Kitakyushu.

The only name on the scoresheet from Matsumoto Yamaga was Koki Tsukagawa (44').

In their past six fixtures, Yasuharu Sorimachi's Matsumoto Yamaga have hit the target 7 times giving them an average number of goals per match of 1.17.

Leading up to this clash, Matsumoto Yamaga:

After being defeated in their last game at the hands of Mito Hollyhock in J2 League competition, Renofa Yamaguchi and their travelling supporters will be hoping that they can get a better result in this one.

Indicating their predisposition for productive matches, goals have been celebrated 22 times in the previous six matches in which Renofa Yamaguchi have sent out their troops, making it an average of 3.67 goals each fixture. Opposition teams have got 15 of those goals. However, it remains to be seen whether that trend shall be replicated here in this match.

Checking out their prior head to head meetings stretching back to 21/08/2016, both clubs have shared the honours with Matsumoto Yamaga winning 1 of those games, Renofa Yamaguchi 1 and 4 being drawn in regulation time.

A total of 16 goals were shared by the two clubs throughout the course of those matches, with 8 of them for Matsumoto and 8 created by Renofa. That is an average goals per game value of 2.67.

The last league contest featuring these clubs was J2 League match day 18 on 09/09/2020 when it ended Renofa Yamaguchi 2-2 Matsumoto Yamaga.

Almost everyone can be considered, as there’s just a single fitness concern for the Matsumoto Yamaga manager Yasuharu Sorimachi to contend with from a near full-strength squad. Hayuma Tanaka (Meniscus Damage) is out of contention.

Yamaguchi manager Masahiro Shimoda has to currently contend with reduced team options. Kaito Oki (Cruciate Ligament Rupture) and Ryohei Yoshihama (Biceps femoris muscle injury) are not able to play. Henik is ineligible for this match because of suspension.

Our assessment here is that Renofa Yamaguchi could find themselves up against it to get anything against this Matsumoto Yamaga team who we reckon should score at least once to gain the upper hand.

We’ve gone for a very competitive game with a 1-0 advantage for Matsumoto Yamaga at the end of this game. 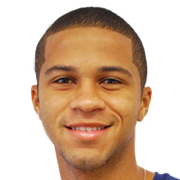 Mostly taking up the Central Attacking Midfielder position, Sérginho was born in Brazil. After having played his first senior match for Palmeiras in the 2014 season, the dangerous Midfielder has scored a sum of 5 league goals in the J2 League 2020 campaign so far in a total of 23 appearances.

We have made these Matsumoto Yamaga v Renofa Yamaguchi predictions for this match preview with the best intentions, but no profits are guaranteed. Please always gamble responsibly, only with money that you can afford to lose. We wish you the best of luck.