The First Division A meeting at AFAS-Stadion on Saturday will see home side KV Mechelen play opponents Oud-Heverlee Leuven.

All KV Mechelen v Oud-Heverlee Leuven match predictions, user poll and stats are shown below - plus the latest match odds.

KV Mechelen go into this match coming off the back of a 0-0 First Division A stalemate vs Oud-Heverlee Leuven.

At least three goals per match were seen in 5 of the last 6 fixtures where KV Mechelen have played. Opposition teams scored 11 times in this period whereas KV Mechelen amassed a tally of 15. That kind of pattern won’t necessarily follow through into this match, though.

Looking at their prior head to head clashes dating back to 22/08/2015 shows us that KV Mechelen have won 3 of these games and Oud-Heverlee Leuven 2, with the tally of drawn games being 1.

A combined total of 21 goals were scored between the two sides throughout the course of those matches, with 9 of them for Mechelen and 12 belonging to OHL. This gives an average number of goals per game equal to 3.5.

The last league clash featuring these clubs was First Division A match day 22 on 15/01/2022 and the score finished Oud-Heverlee Leuven 5-0 KV Mechelen.

Oud-Heverlee Leuven manager Marc Brys has not got a full squad to pick from. Mandela Keita (Foot Injury) and Siebe Schrijvers (Achilles tendon surgery) will not be playing here.

Our assessment is that Oud-Heverlee Leuven have the capability to put one past this KV Mechelen lineup, although that realistically won’t be as many as they will have scored against them.

We’re tipping a close game with a 2-1 winning margin for KV Mechelen when all is said and done. Should be a good one. 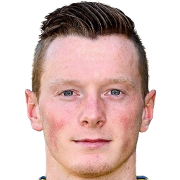 Generally taking up the Centre Midfield position, Rob Schoofs was born in Belgium. After having made a senior debut playing for Sint-Truidense VV in the 2010 - 2011 season, the dangerous Midfielder has netted 4 league goals in this First Division A 2022 - 2023 campaign so far from a total of 8 appearances.

While we have made these predictions for KV Mechelen v Oud-Heverlee Leuven for this match preview with the best of intentions, no profits are guaranteed. Always gamble responsibly, and with what you can afford to lose. Good luck!