Wellington Phoenix will visit AAMI Park on Monday for the A-League meeting with hosts Melbourne City.

Melbourne City will be looking for another win after the 1-0 A-League victory over Wellington Phoenix.

Sam Sutton (3' Own goal) was the scorer for Wellington Phoenix.

Their more recent scorelines really do illustrate the point that it has been a great time for the Melbourne City rearguard. Melbourne City have kept it tight, with the number of goals that have gone in at their end over the course of their past 6 games standing at 4.

Leading up to this clash, Melbourne City:

Ufuk Talay's Wellington Phoenix have seen their goal attempts be successful a total of 9 times in the course of their previous six matches. The overall goals that they have conceded during those matches adds up to 9.

Coming into this meeting, Wellington Phoenix haven't beaten Melbourne City when they've played them away from home in the last 10 league games. An awful away record.

A glance at their prior head to head clashes going back to 21/04/2019 shows that Melbourne City have won 3 of these games and Wellington Phoenix 2, with the tally of drawn results being 1.

The previous league game featuring the two was A-League match day 17 on 02/04/2022 when it finished Wellington Phoenix 0-6 Melbourne City.

The referee was Adam Kersey.

We’re of the opinion that Melbourne City will, in all likelihood, be able to create a high number of chances and successful shots on target.

However, Wellington Phoenix could well struggle getting on the scoresheet but we do think that it’s more than likely that they will be pulling one back during this clash, too.

We’re predicting a decent 3-1 victory for Melbourne City after 90 minutes. 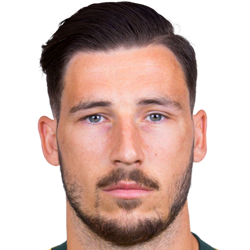 Regularly deployed in the Right Wing position, Mathew Leckie was born in Melbourne, Australia. After having played his first senior match for Adelaide United in the 2009 - 2010 season, the gifted Forward has got 9 league goals in the A-League Men 2021 - 2022 campaign so far from a total of 19 appearances.

We have made these Melbourne City v Wellington Phoenix predictions for this match preview with the best intentions, but no profits are guaranteed. Please always gamble responsibly, only with money that you can afford to lose. Good luck with your selections.