Wehen Wiesbaden are the guests at Hänsch-Arena on Monday for the 3rd Liga fixture with home team Meppen.

Our predictions, user poll and statistics for Meppen v Wehen Wiesbaden can be found here - as well as up-to-date odds.

Meppen will be hoping to return to winning ways here after the 2-0 3rd Liga loss in their previous game against Türkgücü München.

It has been seldom in recent times where Meppen have kept a clean sheet. It will be a concern for them that Meppen have failed to prevent opponents from scoring in 5 of their previous 6 games, shipping 12 goals on the way. We will find out whether or not that trend can be continued on in this game.

Ahead of this meeting, Meppen have not emerged victorious against Wehen Wiesbaden in their last 4 league matches.

In their last fixture, Wehen Wiesbaden drew 2-2 in the 3rd Liga match with Saarbrucken.

The only player to score from Wehen Wiesbaden was Phillip Tietz (84', 92'). Julian Günther-Schmidt (56', 64') was the scorer for Saarbrucken.

The stats tell the story, and Wehen Wiesbaden have been scored against in 5 of their last 6 games, seeing opposing sides hit 9 goals in all. In defence, Wiesbaden just haven’t been too solid at all.

Coming into this clash, Wehen Wiesbaden have not won away from home in their last 3 league matches.

Here, we’re thinking that Meppen could find themselves up against it to see themselves scoring against this Wehen Wiesbaden outfit who we think will end up scoring and possibly keep a clean sheet as well.

We therefore fancy a narrow 0-1 winning margin for Wehen Wiesbaden at the end of the match. 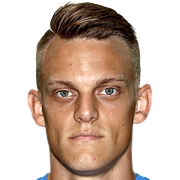 Mostly played in the Right Wing position, René Guder was born in Germany. After making a first senior appearance for Holstein Kiel in the 2014 - 2015 season, the gifted Forward has accumulated 3 league goals in this 3. Liga 2020 - 2021 campaign to date in a total of 29 appearances.

We have made these Meppen v Wehen Wiesbaden predictions for this match preview with the best intentions, but no profits are guaranteed. Please always gamble responsibly, only with money that you can afford to lose. Good luck!