Return to this page a few days before the scheduled game when this expired prediction will be updated with our full preview and tips for the next match between these teams.
Full-Time Result Prediction
👉
Puskás Akadémia to Win

Full predictions, pre-match stats and user poll for Mezőkövesd v Puskás Akadémia are shown on this page (including the best match odds).

Mezőkövesd will be looking to improve on their last outing here after the 1-0 Nemzeti Bajnokság I defeat in their last game at the hands of Vasas SC.

Soma Novothny (14') was the scorer for Vasas SC.

It has been seldom in recent games that Mezőkövesd have shown defensive steel. In fact, Mezőkövesd have seen their defence breached in 5 of their previous 6 games, leaking 5 goals in the process.

Puskás Akadémia head into the meeting following on from a 2-1 Nemzeti Bajnokság I win against Debreceni VSC in their last outing.

The only scorer from Puskás Akadémia was Bence Batik (18', 89'). Balázs Dzsudzsák (41') scored for Debreceni VSC.

The stats don’t lie, and Puskás Akadémia have been scored against in 5 of their last 6 matches, with opponents netting 10 goals in all. Defensively, Puskás Akadémia have seen their frailties exposed. That sort of pattern isn’t assured to be carried forward into this game, of course.

Inspecting their prior head to head meetings dating back to 20/12/2020 tells us that Mezőkövesd have won 1 of them and Puskás Akadémia 5, with the tally of drawn games standing at 0.

An aggregate of 13 goals were produced between them during those clashes, with 3 for Mezőkövesd and 10 for Puskás. This gives an average number of goals per game equal to 2.17.

The previous league encounter between these sides was Nemzeti Bajnokság I match day 6 on 30/08/2022 which finished with the scoreline of Puskás Akadémia 1-0 Mezőkövesd.

The referee was Marcell Derdák.

There aren’t many personnel worries, with just the lone fitness concern for the Mezőkövesd boss Attila Kuttor to contend with thanks to an otherwise robust set of players. 9   (Mezőkövesd) misses out.

Out of a mainly full-strength group, there is just the sole fitness worry for the Puskás Akadémia boss Zsolt Hornyák to contend with. 4   (Puskás AFC) won’t be playing here.

Mezőkövesd will need to put in a solid display to break down this Puskás Akadémia outfit who should score & stay on top.

That’s why our selection here is for a good battle with a 0-1 winning score for Puskás Akadémia at the conclusion of the game. 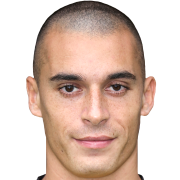 Normally played in the Striker position, Stefan Dražić was born in Belgrade, Serbia. Having played his first senior match for KV Mechelen in the 2017 - 2018 season, the talented Forward has accumulated 6 league goals in the Nemzeti Bajnokság I 2022 - 2023 season so far from a total of 16 appearances.

While we have made these predictions for Mezőkövesd v Puskás Akadémia for this match preview with the best of intentions, no profits are guaranteed. Always gamble responsibly, and with what you can afford to lose. We wish you the best of luck.