Újpest FC will arrive at Mezőkövesdi Városi Stadion on Friday for the Nemzeti Bajnokság I showdown with hosts Mezőkövesd.

Full predictions, pre-match stats and user poll for Mezőkövesd v Újpest FC are shown on this page - as well as the best betting odds.

Mezőkövesd, who won their previous game, will hope for a similar result following a 1-0 Nemzeti Bajnokság I victory vs Újpest FC.

The only scorer from Mezőkövesd was Marin Jurina (4').

In their last 6 fixtures, Attila Supka's Mezőkövesd have hit the target 8 times which gives them an average number of goals per match equal to 1.33.

Their past results show that Mezőkövesd:

In their previous 6 clashes, Újpest FC have bagged the sum of 12 goals. Újpest FC have additionally got on the scoresheet in every single one of those games. During those fixtures, their defenders have had 8 goals go into their own net.

Looking at their most recent head-to-head clashes dating back to 17/06/2020 shows that Mezőkövesd have won 1 of these games & Újpest FC 3, with the tally of drawn matches being 2.

An aggregate of 19 goals were shared by the two clubs in these games, with 7 for Mezőkövesd and 12 being from Lilák. That’s an average goals per game figure of 3.17.

The last league encounter featuring these clubs was Nemzeti Bajnokság I match day 22 on 27/02/2022 which finished with the scoreline of Újpest FC 3-1 Mezőkövesd.

The match was refereed by Ferenc Karakó.

The Mezőkövesd boss Attila Supka will be grateful not to have any fitness worries to speak of ahead of this clash with a completely healthy group available to choose from.

With a fully injury-free squad available to select from, the Újpest FC manager Miloš Kruščić has no fitness concerns to speak of ahead of this game.

It seems to us that Újpest FC and Mezőkövesd should both be able to find the back of the net here although it’s difficult to select a clear winner.

Let’s see how it plays out, but a draw is looking likely to us. We therefore see a very even match with a 1-1 scoreline when the referee blows the full-time whistle. 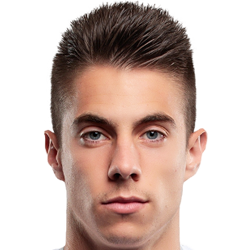 Normally deployed in the Centre Midfield position, Dino Beširović was born in Viseu, Portugal. Having made his senior debut playing for Mezőkövesd in the 2019 - 2020 season, the gifted Midfielder has hit 3 league goals in the Nemzeti Bajnokság I 2021 - 2022 campaign so far in a total of 28 appearances.

We have made these Mezőkövesd v Újpest FC predictions for this match preview with the best intentions, but no profits are guaranteed. Please always gamble responsibly, only with money that you can afford to lose. Good luck with your selections.