Mezőkövesd make the trip to ZTE Aréna on Friday for the Nemzeti Bajnokság I showdown with hosts Zalaegerszegi TE.

Scroll down to see all of the predictions, poll and statistics for Zalaegerszegi TE v Mezőkövesd - along with the latest match odds.

Zalaegerszegi TE will be looking to improve on their last outing here following a 3-0 Nemzeti Bajnokság I defeat in their last game at the hands of Videoton FC.

Mezőkövesd come into this match after a 2-1 Nemzeti Bajnokság I win vs Paksi SE in their last outing.

The stats tell the story, and Mezőkövesd have been scored against in 5 of their last 6 matches, letting opponents get 8 goals in total. At the back, Mezőkövesd seem to have a bit of a soft underbelly. Nonetheless, we must now wait to see whether the trend might persist in this upcoming game.

Looking at the statistics for their head to head duels dating back to 09/11/2019, neither club has come out on top overall with Zalaegerszegi TE winning 2 of those games, Mezőkövesd 2 and 2 being drawn in normal time.

A total of 17 goals were scored between them throughout the course of those matches, with 9 for Zete and 8 netted by Mezőkövesd. This gives an average number of goals per game equal to 2.83.

The last league fixture between these clubs was Nemzeti Bajnokság I match day 2 on 07/08/2021 which ended up with the score at Mezőkövesd 3-2 Zalaegerszegi TE.

The referee was Ádám Pillók.

The Zalaegerszegi TE boss Róbert Waltner doesn’t have any fitness concerns at all ahead of this game with a fully injury-free squad available for selection.

Thanks to a completely injury-free group to choose from, the Mezőkövesd boss Attila Supka doesn’t have any fitness concerns whatsoever ahead of this clash.

We envisage that Mezőkövesd and Zalaegerszegi TE may both struggle to make a breakthrough here.

We’ll see, but this could easily end up all-square. That’s why we have predicted a very competitive game with a 0-0 scoreline at the end of this game. 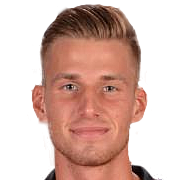 Mostly taking to the field in the Striker position, Márk Koszta was born in Miskolc, Hungary. After having made a senior debut playing for Budapest Honvéd FC in the 2014 - 2015 season, the goalscoring Forward has scored a sum of 6 league goals in this Nemzeti Bajnokság I 2021 - 2022 campaign so far coming from a total of 12 appearances.

We have made these Zalaegerszegi TE v Mezőkövesd predictions for this match preview with the best intentions, but no profits are guaranteed. Please always gamble responsibly, only with money that you can afford to lose. We wish you the best of luck.