Return to this page a few days before the scheduled game when this expired prediction will be updated with our full preview and tips for the next match between these teams.
Full-Time Result Prediction for Middlesbrough vs Birmingham City
Middlesbrough to Win
Middlesbrough face off with visitors Birmingham City at Riverside Stadium in this Championship game on Tuesday.

We’ve got the feeling that Birmingham City will have to perform well to hit the back of the net against this Middlesbrough lineup who should end up scoring and possibly keep a clean sheet as well. We’re therefore anticipating a very competitive game with a 1-0 victory for Middlesbrough when the full-time whistle blows. It should be a good one. To see all of our predictions, user poll & stats for Middlesbrough v Birmingham City, scroll down (including the best match odds). 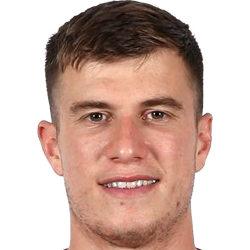 Mostly taking up the Central Defensive Midfielder position, Paddy McNair was born in Ballyclare, N. Ireland. After having made a senior debut playing for Manchester United in the 2014 - 2015 season, the skilful Midfielder has scored 4 league goals in this Championship 2019 - 2020 campaign so far from a total of 23 appearances.

While we have made these predictions for Middlesbrough v Birmingham City for this match preview with the best of intentions, no profits are guaranteed. Always gamble responsibly, and with what you can afford to lose.