Our Middlesbrough v Rotherham United predictions, statistics and match poll can be seen below (plus the best game odds).

Middlesbrough will be hoping to bounce back here following the 2-3 Championship loss in their previous game against Cardiff City.

It has been seldom in recent games where Middlesbrough have kept a clean sheet. The facts show that Middlesbrough have been scored against in 5 of their previous 6 matches, leaking 9 goals in the process. Previous results aside, we’ll just have to find out whether that trend shall be maintained in this match.

Rotherham United come into this match following a 3-0 Championship win with the downing of Blackpool in their last outing.

Paul Warne's Rotherham United have seen their goal attempts be successful a total of 7 times throughout their most recent sextet of matches. The aggregate of goals that they have conceded during those same matches comes to 6.

Going into this contest, Rotherham United remain unbeaten by Middlesbrough when they've played them away from home in the last 2 matches in the league.

Looking over their most recent head to head clashes stretching back to 03/11/2015 shows that Middlesbrough have won 3 of these & Rotherham United 2, with the tally of drawn matches standing at 1.

A sum of 11 goals were scored between them in these games, with 5 from The Boro and 6 coming from The Millers. That’s an average goals per game of 1.83.

The previous league contest featuring the two was Championship match day 43 on 21/04/2021 when the final score was Rotherham United 1-2 Middlesbrough.

On that occasion, Rotherham United managed 32% possession and 6 attempts on goal with 1 of them on target. The scorer was Angus MacDonald (3').

At the other end, Middlesbrough got 26 attempts on goal with 5 of them on target. George Saville (33') and Chuba Akpom (55') scored.

Thanks to a fully healthy squad ready to go, the Rotherham United manager Paul Warne has zero fitness worries to speak of before this match.

When taking all factors into account, Middlesbrough have it within them to convert a lot of goal-scoring opportunities.

Conversely, Rotherham United could well struggle getting on the scoresheet but we can see them being dangerous at times.

We can therefore see a decent 3-1 winning score for Middlesbrough at the end of this one. 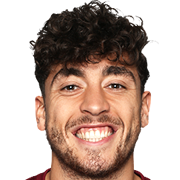 Usually taking to the field in the Centre Midfield position, Matt Crooks was born in Leeds, England. Having made a first senior appearance for Huddersfield Town in the 2014 - 2015 season, the accomplished Midfielder has got 2 league goals in this Championship 2022 - 2023 season to date in a total of 7 appearances.

We have made these Middlesbrough v Rotherham United predictions for this match preview with the best intentions, but no profits are guaranteed. Please always gamble responsibly, only with money that you can afford to lose.