Portsmouth are going up against the visiting MK Dons at Fratton Park in this League One fixture on Saturday.

View all Portsmouth v MK Dons tips, stats and our pre-match poll below - plus the latest betting odds.

Portsmouth will be hoping to return to winning ways here following a 2-1 EFL Trophy defeat in their last game at the hands of Cambridge United.

Their latest results shine a light on the fact that things are going according to plan in the Portsmouth defence. Portsmouth have kept it tight, seeing the number of goals that have gone in at their end over the course of their past six clashes standing at 4.

Coming into this clash, Portsmouth have not beaten MK Dons in their previous 2 league matches.

MK Dons will go into the encounter following a 1-0 League One win with the downing of AFC Wimbledon in their last fixture.

The only player to score from MK Dons was Matt O'Riley (29').

In the course of their six most recent matches, Liam Manning's MK Dons have slotted home a total of 6 times thus giving them the goals scored per game average of 1.

If we look at their past head to head duels stretching back to 10/02/2018, it’s been all-even between these two clubs with Portsmouth winning 3 of those games, MK Dons 3 and 0 being drawn in normal time.

A combined sum of 16 goals were scored between the two sides during those clashes, with 8 of them for Pompey and 8 netted by The Dons. The average number of goals per game works out to 2.67.

The Portsmouth boss Danny Cowley will be thankful to have no fitness worries whatsoever ahead of this match thanks to a completely healthy group available to choose from.

Thanks to a completely injury-free squad to choose from, the MK Dons boss Liam Manning does not have any fitness concerns to speak of coming into this clash.

For this match, we think that MK Dons are dangerous enough to breach the defence of this Portsmouth side, however that possibly won’t quite be as many as the goals that they could concede.

We’re going for a very close game with a 2-1 advantage for Portsmouth by the conclusion of the game. 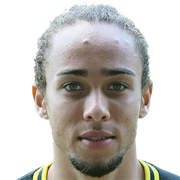 Normally taking up the Central Attacking Midfielder position, Marcus Harness was born in England. After having played his first senior match for Burton Albion in the 2013 - 2014 season, the accomplished Midfielder has accumulated 9 league goals in the League One 2021 - 2022 campaign to date from a total of 22 appearances.

While we have made these predictions for Portsmouth v MK Dons for this match preview with the best of intentions, no profits are guaranteed. Always gamble responsibly, and with what you can afford to lose. Best of luck.