Return to this page a few days before the scheduled game when this expired prediction will be updated with our full preview and tips for the next match between these teams.
Full-Time Result Prediction for MKE Ankaragücü vs Fenerbahçe
Fenerbahçe to Win
Fenerbahçe will arrive at Eryaman Stadyumu on Saturday for the Süper Lig showdown with home side MKE Ankaragücü.

We’re inclined to think that MKE Ankaragücü have it in them to breach the defence of this Fenerbahçe side, but a single goal might not be as many as the goals that they could concede. We can see a very close game with a 1-2 advantage for Fenerbahçe by the conclusion of the game. Should be a good one. View all MKE Ankaragücü v Fenerbahçe tips, stats and our pre-match poll below - as well as the best betting odds.

Going into this game, the form guide shows that MKE Ankaragücü: 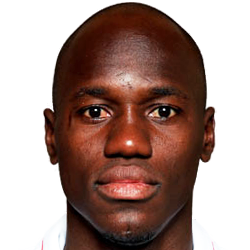 Customarily playing in the Striker position, Dever Orgill was born in Port Antonio, Jamaica. After having made a senior debut playing for IFK Mariehamn in the 2013 season, the accomplished Forward has hit 4 league goals in this Süper Lig 2019 - 2020 campaign to date coming from a total of 19 appearances.

While we have made these predictions for MKE Ankaragücü v Fenerbahçe for this match preview with the best of intentions, no profits are guaranteed. Always gamble responsibly, and with what you can afford to lose. Good luck!