İstanbul Başakşehir will want to continue from where they left off last time out with the 1-2 Super Lig success over BB Erzurumspor.

Over their preceding 6 games, Aykut Kocaman's İstanbul Başakşehir have celebrated scoring 7 times which gives them an average number of goals per match of 1.17.

Analysis of their past results shows that İstanbul Başakşehir:

Since being defeated in their last game at the hands of Gaziantep in Super Lig action, MKE Ankaragücü and their travelling supporters will be hoping that they can get a better result in this one.

MKE Ankaragücü have seen success in front of goal of late, having scored 7 goals in their last 6 matches. This doesn’t mask the fact that Kupa beyi can also improve defensively after being scored against in 6 of those same outings. Let’s see whether or not that trend will be continued on in this game.

Looking at their past head to head meetings going back to 12/02/2012 tells us that these encounters have been pretty painful for MKE Ankaragücü. They’ve not managed to register any victories whatsoever whereas İstanbul Başakşehir have just been stronger than them, winning in 100 per cent of those matches.

A sum of 16 goals were shared by the two clubs throughout the course of those matches, with 12 of them for Belediye and 4 coming from Kupa beyi. That’s an average goals per game figure of 2.67.

The previous league game featuring the two was Super Lig match day 18 on 10/01/2021 which finished with the scoreline of MKE Ankaragücü 1-2 İstanbul Başakşehir.

İstanbul Başakşehir boss Aykut Kocaman will be happy not to have any fitness concerns whatsoever coming into this game thanks to a completely injury-free squad to choose from.

For this match, we think that İstanbul Başakşehir certainly have the ability to fashion enough chances to find the net more than once while possibly not conceding when they come up against MKE Ankaragücü, who may well find it hard scoring.

We’re predicting a fairly comfortable 2-0 winning margin for İstanbul Başakşehir by the time that the referee blows the final whistle. 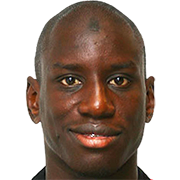 Usually taking to the field in the Striker position, Demba Ba was born in Sèvres, France. After having played his first senior match for Mouscron in the 2006 - 2007 season, the talented Forward has contributed 5 league goals in the Süper Lig 2020 - 2021 campaign to date in 26 appearances.

We have made these İstanbul Başakşehir v MKE Ankaragücü predictions for this match preview with the best intentions, but no profits are guaranteed. Please always gamble responsibly, only with money that you can afford to lose. Good luck!