Mladá Boleslav, buoyed by their previous result, will be hoping for more of the same after a 2-3 First League victory vs Baník Ostrava. For Mladá Boleslav, the goalscorers were Lukáš Budínský (8'), Tomáš Ladra (15') and Jiří Klíma (88'). Patrizio Stronati (43') and Jaroslav Svozil (85') scored for Baník Ostrava.

Fixtures involving Mladá Boleslav have proved to be exciting ones recently with a lot of goalmouth action the rule rather than the exception. Over their past 6 clashes, a total of 20 goals have flown in for both teams combined (at an average of 3.33 goals per game) with 7 of those belonging to Mladá Boleslav.

The stats don’t lie, and Slavia Praha have been scored against in 5 of their last 6 games, conceding 7 goals in all. In defence, Červenobílí just haven’t been too solid at all. That pattern won’t necessarily be continued here, however.

Looking at their past head to head results stretching back to 20/05/2017 reveals that these encounters have not been good ones for Mladá Boleslav. They have not managed to get themselves any wins at all while Slavia Praha have simply been better than them, finishing as winners in 100 per cent of those match-ups.

A sum of 17 goals were scored between the two sides in this period, with 3 of them for Mladá Boleslav and 14 being from Červenobílí. This gives an average number of goals per game equal to 2.83.

The previous league meeting between these sides was First League match day 11 on 28/09/2019 when the final score was Slavia Praha 1-0 Mladá Boleslav. The match was refereed by Emanuel Marek.

Due to a mostly full-strength squad, there’s only the lone fitness worry for the Slavia Praha boss Jindrich Trpisovsky to be concerned about. David Hovorka (Cruciate ligament injury) won’t be in action.

We think that Mladá Boleslav will need things to go their way to breach the defence of this Slavia Praha team who we think will likely manage to score & go ahead. We’re therefore predicting a very even match with a 0-1 winning score for Slavia Praha at the end of this one. Should be an interesting one.

Over/Under 2.5 Goals Prediction for Mladá Boleslav vs Slavia Prague
Under 2.5 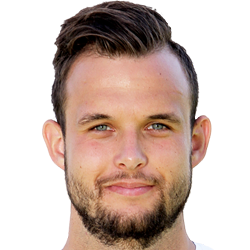 Customarily taking to the field in the Central Attacking Midfielder position, Lukáš Budínský was born in Czech Republic. After making a first senior appearance for Bohemians 1905 in the 2011 - 2012 season, the skilful Midfielder has struck 9 league goals in the First League 2019 - 2020 season to date from a total of 24 appearances.

We have made these Mladá Boleslav v Slavia Praha predictions for this match preview with the best intentions, but no profits are guaranteed. Please always gamble responsibly, only with money that you can afford to lose. Good luck if you do place a bet today.