Sandefjord will take to the pitch with guests Molde FK at Sandefjord Arena in the Eliteserien match on Saturday.

Sandefjord will be looking to improve on their last outing here after the 3-1 Eliteserien defeat in their last game at the hands of Vålerenga.

It has been seldom in recent games that Sandefjord have managed to hold out for a full 90 minutes. In fact, Guttane have seen their defence breached in 5 of their previous 6 clashes, shipping 10 goals along the way. We will find out whether or not that trend will end up being continued on into this next match.

Their prior results show that Sandefjord:

In their previous game, Molde FK drew 0-0 in the Eliteserien tie with Mjøndalen.

Proving their penchant for eventful encounters, goals have been seen as many as 22 times in the prior 6 games in which Molde FK have taken to the pitch, giving a mean average of 3.67 goals for each fixture. Opposing teams have got 8 of those goals.

Going into this encounter, Molde FK have not been beaten in their last 4 away league matches.

Looking at their most recent head-to-head clashes going back to 30/04/2017 shows us that Sandefjord have won 2 of these and Molde FK 3, with the number of drawn results standing at 1.

The last league match featuring these sides was Eliteserien match day 19 on 26/09/2020 when the final score was Molde FK 0-1 Sandefjord.

Sandefjord boss Hans Ødegaard does not have any fitness worries whatsoever before this match with a fully healthy squad to choose from.

Thanks to a fully healthy squad available to select from, Molde FK boss Erling Moe has zero fitness worries whatsoever before this clash.

We envisage that Sandefjord should be able to put a goal past this Molde FK team, but one goal may not quite be enough.

Our selection here is for a narrow 1-2 victory for Molde FK when all is said and done. Let’s see what happens here. 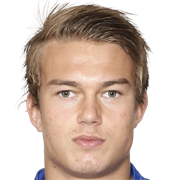 Customarily taking up the Right Wing position, Kristoffer Hansen was born in Norway. After having played his first senior match for Sandefjord in the 2015 season, the goalscoring Forward has bagged 2 league goals in this Eliteserien 2021 season to date in a total of 4 appearances.

While we have made these predictions for Sandefjord v Molde FK for this match preview with the best of intentions, no profits are guaranteed. Always gamble responsibly, and with what you can afford to lose. Good luck with your selections.