The Eliteserien fixture at Aker Stadion on Wednesday sees home side Molde FK facing opposition in the form of Sarpsborg 08.

Our full set of predictions, statistics and match poll for Molde FK v Sarpsborg 08 can be seen below - plus the latest match odds.

Molde FK, who won their previous game, will hope for a similar result following the 1-3 Eliteserien triumph against Sandefjord.

At least three goals per match have been seen in 5 of the last 6 fixtures where Molde FK have taken part. Opposition teams scored 9 times in these games whereas Molde managed to get a total of 15.

In their previous game, Sarpsborg 08 drew 0-0 in the Eliteserien tie with SK Brann.

In that match, Sarpsborg 08 managed 54% possession and 7 attempts at goal with 3 on target. On the other side, SK Brann had 2 shots on goal with 1 on target.

The strike force from Sarpsborg 08 have made hard work of scoring goals over their last 6 encounters, netting the disappointing return of only 3. In those matches, Sarpsborg have also seen the collective goal aggregate of their opponents equal 7. We shall soon see if that trend can be sustained here.

Looking at the pre-match facts, Sarpsborg 08:

An examination of their past head to head clashes going back to 07/05/2018 shows us that Molde FK have won 2 of them & Sarpsborg 08 1, with the number of drawn games standing at 3.

A combined sum of 21 goals were scored between them in these games, with 13 of them from Molde and 8 created by Sarpsborg. That’s an average goals per game figure of 3.5.

The last league meeting between these sides was Eliteserien match day 30 on 19/12/2020 which finished with the scoreline of Molde FK 5-0 Sarpsborg 08.

Molde FK boss Erling Moe has a full complement, with no fitness concerns to speak of before this match thanks to a fully injury-free squad ready to go.

Thanks to a completely healthy group available to select from, Sarpsborg 08 boss has zero fitness concerns to report coming into this clash.

We believe that Molde FK look set to get the win and a possible clean sheet when they play Sarpsborg 08, who might well find it a difficult task finding the net themselves.

We therefore think that it’s going to be a decent 2-0 winning score for Molde FK at the end of the 90 minutes. 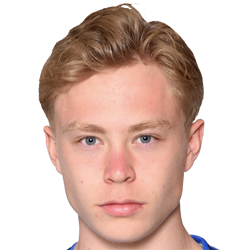 Mostly taking to the field in the Right Attacking Midfielder position, Ola Brynhildsen was born in Norway. After having played his first senior match for Stabæk in the 2017 season, the accomplished Midfielder has bagged 2 league goals in the Eliteserien 2021 season so far in 6 appearances.

While we have made these predictions for Molde FK v Sarpsborg 08 for this match preview with the best of intentions, no profits are guaranteed. Always gamble responsibly, and with what you can afford to lose. Best of luck with your selections.