Molde FK journey to Brann Stadion on Sunday for the Eliteserien game with hosts SK Brann.

All of our predictions, stats and the user poll for SK Brann v Molde FK are shown below - as well as up-to-date odds.

SK Brann will play in this match following on from a 2-2 Eliteserien drawn result against Sandefjord.

It has been a rare occasion in recent games where SK Brann have managed to hold out for a full 90 minutes. The reality is that SK Brann have failed to prevent opponents from scoring in 6 of their previous 6 games, letting in 11 goals along the way.

Leading up to this clash, SK Brann:

Molde FK will go into the clash after a 4-1 Eliteserien win with the defeat of Rosenborg BK in their last outing.

In as many as 5 out of the previous 6 games featuring Molde FK, a minimum of three goals have been struck. The average goals scored per match within that time is 3.83, with the number of goals averaged by Molde FK being 2.17. Let’s see if that trend will end up being sustained into this next match.

Going into this contest, Molde FK remain undefeated by SK Brann when they have played them away from home in the previous 3 league matches.

Looking over their most recent head to head meetings stretching back to 12/08/2018 shows us that SK Brann have won 1 of these games and Molde FK 3, with the tally of drawn games standing at 2.

In all, 18 goals were scored between the two sides in this period, with 5 for Brann and 13 coming from Molde. This gives an average number of goals per game equal to 3.

The last league contest featuring the two was Eliteserien match day 3 on 16/05/2021 when the final score was Molde FK 4-0 SK Brann.

SK Brann had 16 attempts at goal with 5 of them on target.

The SK Brann manager Eirik Horneland has no fitness concerns to speak of ahead of this game owing to a completely healthy squad available for selection.

Owing to a fully healthy group available to select from, the Molde FK boss Erling Moe has no fitness worries to report before this clash.

SK Brann have the ability to get a goal against this Molde FK team, although just one goal possibly won’t quite be as many as they’ll concede.

Therefore, we think that it’s going to be a close game with a 1-2 victory for Molde FK at the end of the 90 minutes. Let’s see what happens here. 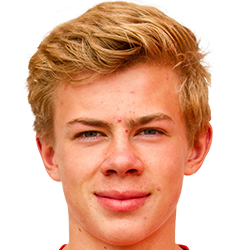 Mostly taking up the Striker position, Aune Heggebø was born in Norway. Having made his senior debut playing for SK Brann in the 2021 season, the skilful Forward has contributed 7 league goals in the Eliteserien 2021 season to date in a total of 19 appearances.

While we have made these predictions for SK Brann v Molde FK for this match preview with the best of intentions, no profits are guaranteed. Always gamble responsibly, and with what you can afford to lose. Good luck with your selections.