Stabæk will be hosting away side Molde FK at Nadderud Stadion in this Eliteserien meeting on Saturday.

All of our predictions, stats and the user poll for Stabæk v Molde FK are shown below (including the best match odds).

Stabæk go into this match after a 0-0 Eliteserien stalemate against Sandefjord.

Jan Jönsson's Stabæk have found the net a sum total of 8 times over their preceding six outings. At the other end, the tally of goals that have been scored against them in that same time amounts to 6.

Looking at their past form shows that Stabæk:

In their last fixture, Molde FK drew 2-2 in the Eliteserien tie with Kristiansund.

For Molde FK, the scorers were Etzaz Hussain (12') and Fredrik Aursnes (89'). Amahl Pellegrino (14') and Faris Moumbagna (23') scored for Kristiansund.

The stats don’t lie, and Molde FK have been scored against in 5 of their last 6 games, letting opponents get 9 goals in total. In defence, Molde have some weaknesses to address. That aside, it remains to be seen if that pattern might be replicated here in this game.

Coming into this fixture, Molde FK are unbeaten in their last 2 league matches away from home.

Looking at their prior head-to-head meetings going back to 20/08/2017 shows us that Stabæk have won 2 of these & Molde FK 4, with the number of drawn matches standing at 0.

The last league match between the two was Eliteserien match day 4 on 28/06/2020 when it finished Molde FK 4-1 Stabæk.

There aren’t many personnel worries, with just a single fitness concern for the Stabæk manager Jan Jönsson to contend with from an otherwise complete squad. Jeppe Moe (Cruciate Ligament Rupture) won’t play.

Thanks to a largely full-strength group of players, there is just the lone fitness problem for the Molde FK gaffer Erling Moe to be concerned with. Kristoffer Haraldseid (Cruciate Ligament Rupture) won’t be playing here.

We feel that Stabæk have the firepower to put one past this Molde FK lineup, but a single goal might not prevent defeat.

We’re therefore tipping a tight encounter finishing with a 1-2 winning margin for Molde FK when the full-time whistle blows. There shouldn’t be much in it, either way. 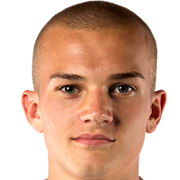 Generally played in the Central Attacking Midfielder position, Kornelius Hansen was born in Larvik, Norway. Having played his first senior match for Stabæk in the 2020 season, the skilful Midfielder has managed 4 league goals in the Eliteserien 2020 season to date from a total of 21 appearances.

While we have made these predictions for Stabæk v Molde FK for this match preview with the best of intentions, no profits are guaranteed. Always gamble responsibly, and with what you can afford to lose.