The J2 League clash at NACK5 Stadium Ōmiya on Sunday will see hosts Ōmiya Ardija facing opposition in the form of Montedio Yamagata.

Full predictions, pre-match stats and user poll for Ōmiya Ardija v Montedio Yamagata are shown on this page - as well as up-to-date odds.

Ōmiya Ardija will be hoping for a better result following a 5-0 J2 League loss in their previous game against FC Ryukyu.

Ōmiya Ardija haven’t made the most of their chances of late. Their goals record equals just 4 vs opposition teams over the course of their last 6 matches. In those meetings, Omiya have also seen the tally of goals that have gone against them come to 13.

Ahead of this meeting, Ōmiya Ardija are undefeated in their previous 2 league matches at home.

Since being beaten in their last game against Avispa Fukuoka in J2 League competition, Montedio Yamagata and their travelling supporters will be hoping that they can get a better result in this one.

The stats tell the story, and Montedio Yamagata have been scored against in 5 of their last 6 games, letting opponents get 5 goals overall. In defence, Yamagata have clearly had some problems. Let’s see whether or not that trend will be sustained here.

Going into this contest, Montedio Yamagata have not won against Ōmiya Ardija when they have played them away from home in the previous 4 league games. Not good.

Looking at the statistics for their head to head duels going back to 20/08/2011, neither club has come out on top overall with Ōmiya Ardija winning 2 of those games, Montedio Yamagata 2 and 2 being drawn after 90 minutes of play.

An aggregate of 15 goals were shared by the two clubs in this period, with 7 for Omiya and 8 for Yamagata. That’s an average goals per game of 2.5.

Ōmiya Ardija manager Takuya Takagi will be happy not to have any fitness concerns whatsoever before this match with a fully injury-free group to choose from.

Yamagata has to choose from a squad that has some fitness concerns. Seong-jun Min (Metatarsal Fracture) and Naoki Kuriyama (Achilles tendon rupture) will not be playing here.

We believe that Montedio Yamagata may well find it hard to get anything against this Ōmiya Ardija lineup who we think will gain the upper hand.

With that in mind, we reckon that it will be a very even contest with a 1-0 advantage for Ōmiya Ardija at the end of this one.

Over/Under 2.5 Goals Prediction for Ōmiya Ardija vs Montedio Yamagata
Under 2.5 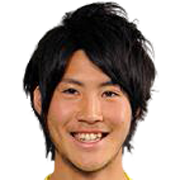 Generally deployed in the Striker position, Akira Toshima was born in Japan. After making a first senior appearance for JEF United Chiba in the 2011 season, the gifted Forward has struck 3 league goals in the J2 League 2020 campaign so far in 15 appearances.

We have made these Ōmiya Ardija v Montedio Yamagata predictions for this match preview with the best intentions, but no profits are guaranteed. Please always gamble responsibly, only with money that you can afford to lose.