The Liga MX (Clausura) tie at Estadio Victoria on Saturday will see home side Necaxa lock horns with Monterrey.

Scroll down for all of our predictions, poll and stats for the Necaxa v Monterrey game (including the best match odds).

Necaxa prepare for this game after a 2-2 Liga MX (Clausura) drawn result against CD Guadalajara.

It has been all too rare in recent times that Necaxa haven’t conceded. The reality is that Lightning Bolts have been scored against in 5 of their previous 6 games, leaking 10 goals on the way.

Looking at their past form shows that Necaxa:

Since being beaten in their last game against Santos Laguna in Liga MX (Clausura) competition, Monterrey and their fans will hope to get a better result this time.

A tendency of at least one team not scoring a goal in games featuring Monterrey has become apparent recently. Looking at their last 6 outings shows that it has occurred 5 times. During these clashes, their opponents have managed a goal aggregate of 3 while Los Rayados have scored 6. We shall soon find out whether or not that trend will be sustained in this game.

Going into this game, the form guide shows that Monterrey:

A review of their most recent head-to-head clashes stretching back to 13/05/2019 shows that Necaxa have won 1 of them & Monterrey 3, with the tally of drawn games standing at 2.

13 goals were yielded between them in these games, with 6 for Lightning Bolts and 7 for Los Rayados. That’s an average goals per game figure of 2.17.

The previous league contest featuring these sides was Liga MX (Apertura) match day 5 on 16/08/2020 and the score finished Monterrey 1-1 Necaxa.

That day, Monterrey had 55% possession and 19 attempts on goal with 9 on target. The scorer was Dorlan Pabón (59').

The referee was Eduardo Galván.

There aren’t many selection issues, with just the sole fitness concern for the Necaxa boss José Guadalupe Cruz to contend with thanks to an otherwise robust squad. Martín Lara (Cruciate Ligament Rupture) misses out.

Owing to an otherwise full-strength group, there is just a single fitness problem for the Monterrey gaffer Javier Aguirre to be concerned about. Daniel Parra (Ruptured knee ligament) won’t be in action.

We think that Necaxa might need a bit of good fortune to breach the defence of this Monterrey side who we think should score & stay on top.

We’re therefore seeing a very competitive game with a 0-1 winning score for Monterrey when all is said and done. 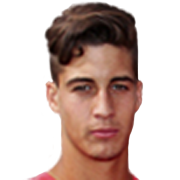 Normally taking to the field in the Striker position, Ian González was born in Madrid, Spain. After having made a senior debut playing for Getafe in the 2015 - 2016 season, the talented Forward has scored a sum of 2 league goals in the Liga MX (Clausura) 2020 - 2021 season so far from a total of 5 appearances.

While we have made these predictions for Necaxa v Monterrey for this match preview with the best of intentions, no profits are guaranteed. Always gamble responsibly, and with what you can afford to lose. Good luck!