The Ligue 1 clash at Stade de la Mosson on Saturday will see home side Montpellier playing against Nice.

Our full set of predictions, statistics and match poll for Montpellier v Nice can be seen below - as well as the best betting odds.

Montpellier will be looking for an improved result here following a 2-1 Ligue 1 loss in their previous game against Rennes.

A common feature of more recent Montpellier games is seeing a zero in the scoreline.

Taking their prior sextet of clashes before this one, in 5 of them a bet on "Both Teams to Score" would've been a loser. That kind of trend won’t necessarily be carried forward into this match, however.

Coming into this fixture, Montpellier are undefeated in their previous 5 league matches at home.

Nice will go into the match after a 0-2 Ligue 1 win to defeat Strasbourg in their most recent game.

In their previous six outings, Nice have bagged the sum of 11 goals. Les Aiglons have additionally got on the scoresheet in every single one of those games. Over that period, they’ve seen 5 goals go into their own net.

Going into this game, the form guide shows that Nice:

Checking out their prior head to head duels dating back to 24/02/2017, neither club has come out on top overall with Montpellier winning 3 of those games, Nice 3 and 0 being drawn in normal time.

An aggregate of 11 goals were shared by the two clubs in this period, with 6 of them from La Paillade and 5 netted by Les Aiglons. That’s an average goals per game figure of 1.83.

The previous league game featuring these clubs was Ligue 1 match day 5 on 14/09/2019 when the final score was Montpellier 2-1 Nice.

Montpellier manager Michel Der Zakarian doesn’t have any fitness concerns to speak of coming into this match thanks to a completely healthy squad available to select from. Florent Mollet cannot play in this game through suspension.

With a completely healthy group ready to go, Nice manager Patrick Vieira has no fitness worries whatsoever before this clash.

We envisage that Nice are dangerous enough to breach the defence of this Montpellier team, although that probably shouldn’t prevent them from conceding a couple at the other end.

Our tip is for a narrow 2-1 winning margin for Montpellier at full-time. There shouldn’t be much in it, either way.

Both Teams to Score Prediction for Montpellier vs Nice
Yes 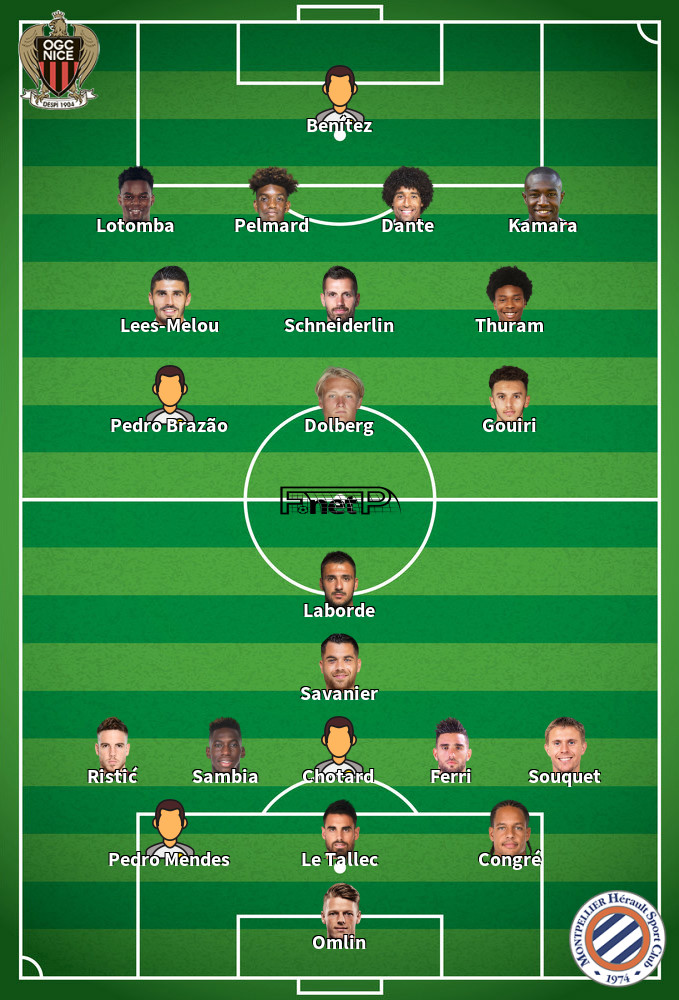 While we have made these predictions for Montpellier v Nice for this match preview with the best of intentions, no profits are guaranteed. Always gamble responsibly, and with what you can afford to lose. Good luck if you do place a bet today.