Lyon visit Stade de la Mosson on Sunday for the Ligue 1 clash with home side Montpellier.

Scroll down for all of our predictions, poll and stats for the Montpellier v Lyon game - along with the latest match odds.

Montpellier won’t want a repeat of their last result here following a 2-0 Ligue 1 losing effort in their last game against Rennes.

In that game, Montpellier managed 32% possession and 4 shots at goal with 2 of them on target. Stade Rennais FC had 30 attempts on goal with 7 on target. Martin Terrier (8') and Lovro Majer (28') scored for Rennes.

Under three goals per game were scored during 5 of the past 6 fixtures where Montpellier have been participants. Regarding the goal weighting from this period, their opponents scored a total of 6 while Montpellier totted up 6. We shall soon find out if that trend will be continued on into this next match.

Their past results show that Montpellier:

Lyon come into this clash after a 1-3 Europa League win over Brøndby IF in their most recent match.

The numbers tell their own story, and Lyon have been scored against in 5 of their last 6 matches, letting opponents get 12 goals overall. Defensively, Lyon could really do with shoring things up.

A review of their prior head to head clashes stretching back to 04/03/2018 shows that Montpellier have won 3 of these and Lyon 1, with the tally of drawn matches being 2.

A combined sum of 16 goals were shared by the two clubs throughout the course of those matches, with 9 of them from La Paillade and 7 netted by Lyon. That is an average goals per game value of 2.67.

The last league contest featuring the two was Ligue 1 match day 25 on 13/02/2021 which finished with the scoreline of Lyon 1-2 Montpellier.

In that game, Lyon had 54% possession and 24 shots at goal with 8 of them on target. Their only player on the scoresheet was Lucas Paquetá (45').

The Montpellier manager Olivier Dall’Oglio will be grateful not to have any fitness worries to speak of coming into this game thanks to a fully injury-free group available to choose from.

Due to a fully healthy group to pick from, the Lyon manager Peter Bosz does not have any fitness concerns to report ahead of this game.

In our view, Montpellier must be fancied to score a goal against this Lyon side, however a single goal likely won’t be good enough.

We can see a very close game with a 1-2 advantage for Lyon after 90 minutes. Looking forward to this. 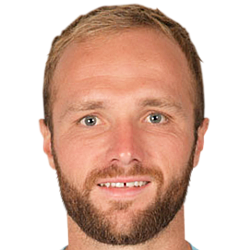 Usually used in the Striker position, Valère Germain was born in Marseille, France. After having played his first senior match for Monaco in the 2010 - 2011 season, the skilful Forward has managed 3 league goals in this Ligue 1 2021 - 2022 season to date coming from a total of 10 appearances.

While we have made these predictions for Montpellier v Lyon for this match preview with the best of intentions, no profits are guaranteed. Always gamble responsibly, and with what you can afford to lose.