Reims will take to the pitch with away team Montpellier at Stade Auguste-Delaune in the Ligue 1 game on Sunday.

Full predictions, pre-match stats and user poll for Reims v Montpellier are shown on this page - along with the latest match odds.

Reims head into this fixture coming off the back of a 1-1 Ligue 1 stalemate against St Etienne.

In that match, Reims had 52% possession and 4 shots on goal with 2 on target. The only player to score for Reims was El Bilal Touré (72'). AS Saint-Etienne got 18 attempts at goal with 8 of them on target. Charles Abi (89') scored for St Etienne.

Under three goals per game were recorded in 5 of the last 6 fixtures where Reims have taken part. In terms of the goal split during that period, their opponents scored an aggregate of 7 and Les rouges et blancs managed a tally of 6.

Their previous form shows that Reims:

Montpellier come into this match following a 2-1 Ligue 1 win versus Rennes in their previous outing.

Montpellier have been good when going forward in their most recent fixtures, having scored 12 goals in their previous 6 matches. This doesn’t mask the fact that La Paillade can also improve defensively after being scored against in 5 of those same clashes. Such a trend isn’t assured to be carried forward into this next game, though.

Coming into this fixture, Montpellier are undefeated in their previous 2 league matches away from home.

An examination of their past head-to-head clashes going back to 30/04/2016 shows that Reims have won 4 of them and Montpellier 2, with the number of drawn results being 0.

A combined sum of 18 goals were produced between them during those clashes, with 12 for Les rouges et blancs and 6 for La Paillade. That is an average goals per game value of 3.

The previous league encounter featuring these sides was Ligue 1 match day 8 on 25/10/2020 when it ended Montpellier 0-4 Reims.

On that occasion, Montpellier had 32% possession and 5 attempts on goal with 1 on target.

Nearly everyone is up for selection, with just one fitness concern for the Reims boss David Guion to be concerned about thanks to an almost full-strength squad. Yunis Abdelhamid (Thigh Problems) won’t play.

Owing to a completely healthy group to choose from, Montpellier manager Michel Der Zakarian has zero fitness worries whatsoever coming into this game.

In our opinion, Montpellier and Reims should play out a closely-fought contest here.

It’s looking like it could well end up as a draw. We therefore see a close game with a 1-1 score draw at the conclusion of the game. 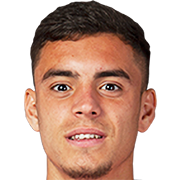 Usually deployed in the Centre Midfield position, Mathieu Cafaro was born in Saint-Doulchard, France. Having made a first senior appearance for Toulouse in the 2016 - 2017 season, the goalscoring Midfielder has bagged 3 league goals in the Ligue 1 2020 - 2021 campaign so far coming from a total of 22 appearances.

We have made these Reims v Montpellier predictions for this match preview with the best intentions, but no profits are guaranteed. Please always gamble responsibly, only with money that you can afford to lose. Good luck!