The Ligue 1 fixture at Stade de la Mosson on Saturday sees hosts Montpellier facing opposition in the form of Strasbourg.

Montpellier will be hoping for a repeat of their last result, following the 2-0 Ligue 1 success vs Strasbourg.

Matches involving Montpellier have tended to be lively encounters of late with high scoring expected. Over their past six clashes, the sum total of 26 goals have been scored for both sides combined (at an average of 4.33 goals per game) with 14 of them being chalked up by Montpellier. Let’s see if that trend will be continued on here.

Going into this encounter, Montpellier have not won against Strasbourg in their previous 2 league matches.

The strike force from Strasbourg have struggled for goals over their previous six games, contributing the unsatisfactory return of only 4. In those fixtures, Le Racing have also seen the collective goal aggregate against them equal 5.

Taking a look at their past results, Strasbourg:

Looking over their prior head-to-head clashes dating back to 22/11/2020 shows us that Montpellier have won 4 of these & Strasbourg 1, with the number of draws being 1.

21 goals were produced between them in this period, with 12 of them for La Paillade and 9 belonging to Le Racing. That’s an average goals per game of 3.5.

The previous league fixture featuring the two was Ligue 1 match day 21 on 16/01/2022 and the score finished Strasbourg 3-1 Montpellier.

At the other end, Montpellier got 9 shots on goal with 5 on target. Florent Mollet (11') scored.

With a fully healthy group ready to go, the Strasbourg manager Julien Stéphan has no fitness concerns whatsoever before this match.

We envisage that Strasbourg and Montpellier could both end up scoring in a what should be a good tussle with little between the two teams.

A draw is a real possibility, as we are expecting there to be little between them. That’s why we have predicted a tight encounter, finishing with a 1-1 score draw at the conclusion of the game. 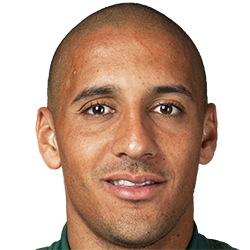 Customarily playing in the Striker position, Wahbi Khazri was born in Ajaccio, France. After having played his first senior match for SC Bastia in the 2008 - 2009 season, the goalscoring Forward has managed 2 league goals in the Ligue 1 2022 - 2023 season to date coming from a total of 5 appearances.

We have made these Montpellier v Strasbourg predictions for this match preview with the best intentions, but no profits are guaranteed. Please always gamble responsibly, only with money that you can afford to lose. Good luck if you do place a bet today.