The wait is almost over for the MLS action taking place on Thursday when Montreal Impact play against Toronto FC.

Our Montreal Impact v Toronto FC tips, poll and stats can be seen in full below - plus the latest match odds.

Montreal Impact are hoping to win again after their last result, a 0-1 MLS victory versus Toronto FC.

Their more recent scorelines reveal that it has been a great time for the Montreal Impact backline. Impact have been mean at the back, with the total number of goals that have gone in at their end over the course of their past 6 matches standing at 2.

Since tasting defeat last time out to Vancouver Whitecaps in MLS action, Toronto FC and their travelling fans will hope for a better result here.

The trend of at least one side getting a clean sheet in games involving Toronto FC has been evident in recent matches. Examining their last six games shows that this has happened 5 times. During these clashes, their opponents have hit a goal aggregate of 5 and The Reds have scored 6. We will see whether or not that trend can be continued on here.

An examination of their past head to head clashes going back to 13/07/2019 shows us that Montreal Impact have won 1 of these games & Toronto FC 5, with the tally of drawn matches being 0.

A total of 21 goals were produced between them in these games, with 8 from Impact and 13 created by The Reds. That’s an average goals per game figure of 3.5.

The previous league encounter between these clubs was MLS match day 7 on 02/09/2020 when the final score was Toronto FC 0-1 Montreal Impact.

On that day, Toronto FC managed 62% possession and 20 shots at goal with 6 of them on target.

At the other end, Montreal Impact got 10 attempts at goal with 3 of them on target. Camacho (14') was the scorer.

Montreal Impact manager Thierry Henry does not have any fitness worries whatsoever ahead of this match thanks to a completely healthy group to pick from.

Owing to a completely healthy group ready to go, Toronto FC boss Greg Vanney has zero fitness concerns at all coming into this clash.

We’ve got the feeling that Montreal Impact should get enough chances to score a goal against this Toronto FC side, however a single goal may not prevent defeat.

We can see a 1-2 winning score for Toronto FC by the conclusion of the game. It will be interesting to see how this one goes. 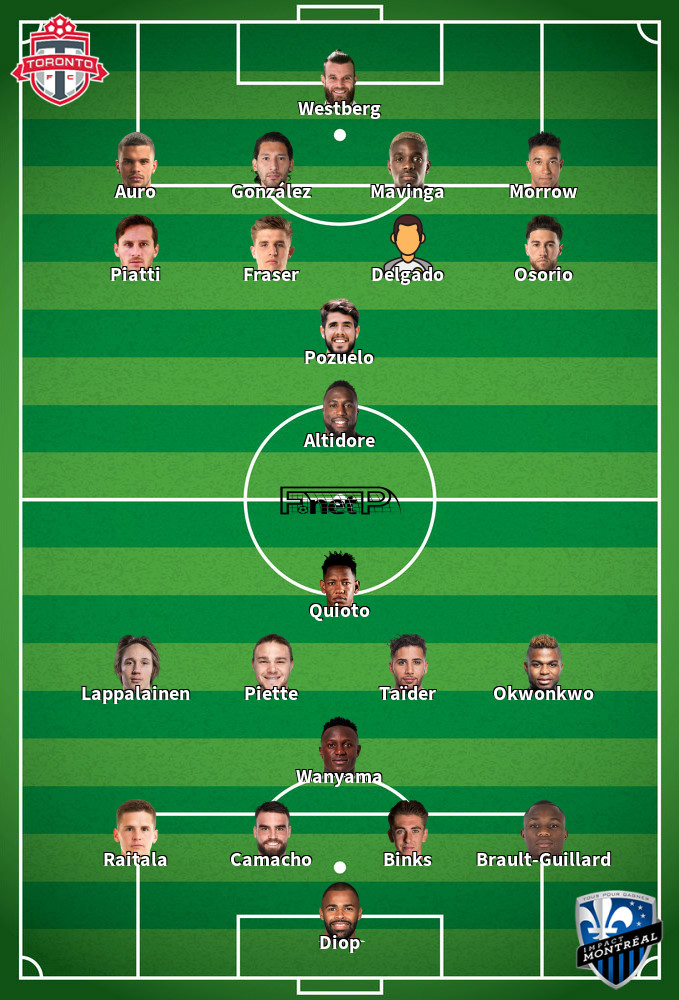 We have made these Montreal Impact v Toronto FC predictions for this match preview with the best intentions, but no profits are guaranteed. Please always gamble responsibly, only with money that you can afford to lose. Best of luck with your selections.