Return to this page a few days before the scheduled game when this expired prediction will be updated with our full preview and tips for the next match between these teams.
Full-Time Result Prediction
👉
Motherwell to Win

St Johnstone will be the visitors at Fir Park Stadium on Saturday for the Premiership meeting with home side Motherwell.

Motherwell, who won their previous game, will hope for a similar result following the 0-1 Premiership victory against St Mirren.

Motherwell haven’t made the most of their chances in recent times. Their ‘goals for’ figure equals just 4 vs opposition teams during their last 6 matches. In those games, Motherwell have also seen the number of goals scored against them come to 10. Historical results aside, it remains to be seen whether that trend will be sustained in this upcoming game.

Following on from a losing effort in their last game against Hibernian in Premiership action, St Johnstone will be hoping to turn things around here.

Callum Davidson's St Johnstone have seen their efforts on goal rewarded a total of 11 times throughout their previous six matches. The total of goals that have been scored against them during the equivalent period adds up to 5.

Coming into this contest, St Johnstone haven’t won away from home in the past 8 league matches. Their travelling support will be needed here, for sure.

Looking over their most recent head-to-head clashes dating back to 21/11/2020 tells us that Motherwell have won 1 of them & St Johnstone 3, with the number of drawn matches standing at 2.

In all, 15 goals were shared by the two clubs throughout the course of those matches, with 6 for The Steelmen and 9 created by The Saints. That’s an average goals per game figure of 2.5.

It doesn’t get much better regarding selection, with just one fitness concern for the Motherwell manager Steven Hammell to contend with thanks to an almost full-strength set of players. David Devine (Hamstring Injury) misses out. Callum Slattery cannot play in this game through suspension.

Thanks to a fully injury-free group available to select from, the St Johnstone boss Callum Davidson does not have any fitness worries to speak of ahead of this game.

In this game, St Johnstone must be fancied to put a goal past this Motherwell lineup, although it is unlikely to be enough to prevent defeat.

We reckon that it will be a narrow 2-1 winning score for Motherwell at the end of the 90 minutes. Looking forward to this. 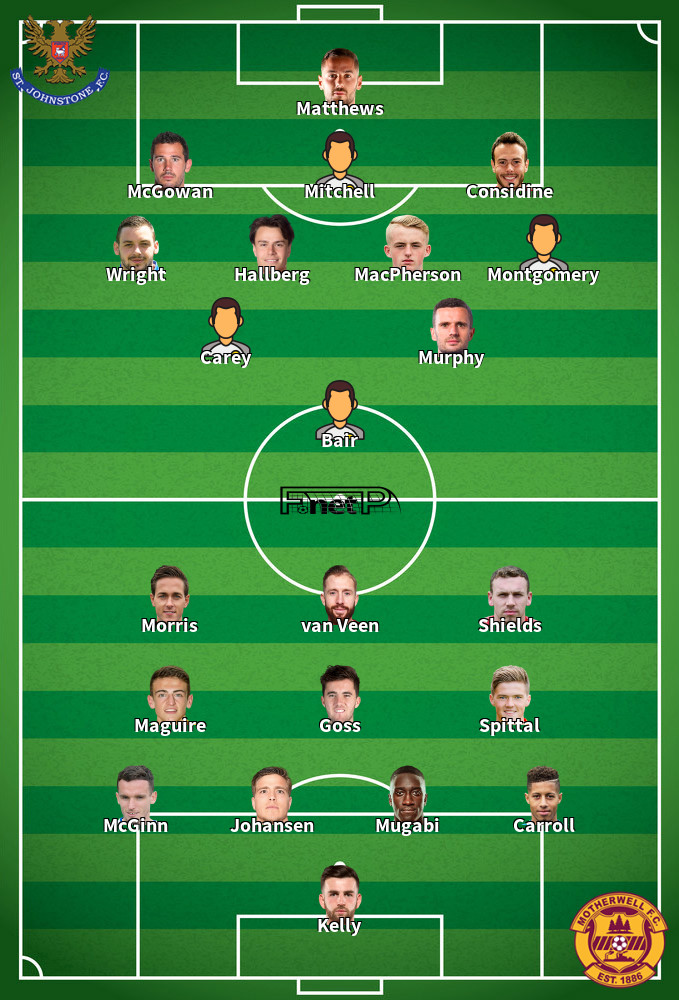 While we have made these predictions for Motherwell v St Johnstone for this match preview with the best of intentions, no profits are guaranteed. Always gamble responsibly, and with what you can afford to lose. Good luck if you do place a bet today.