The 3rd Liga fixture at Schauinsland-Reisen-Arena on Saturday will see home team Duisburg take to the field against opponents Osnabruck.

Scroll down to see all of the predictions, poll and statistics for Duisburg v Osnabruck (plus the best game odds).

Duisburg will be hoping to bounce back here following a 0-1 3rd Liga losing effort in their last game against Osnabruck.

It has been all too rare in recent times that Duisburg haven’t conceded. The facts show that Duisburg have failed to prevent opponents from scoring in 5 of their previous 6 clashes, giving up 8 goals along the way.

Their past results show that Duisburg:

Showing their appetite for eventful encounters, the back of the net has been hit 25 times in the previous six games in which Osnabruck have sent out their troops, yielding an average of 4.17 goals each meeting. Their opponents have managed 9 of those goals. That sort of trend might not be carried forward into this next game, though.

Coming into this meeting, Osnabruck are undefeated by Duisburg when they have played them away from home in the previous 2 league games.

A review of their most recent head to head clashes going back to 28/02/2015 tells us that Duisburg have won 1 of these & Osnabruck 2, with the number of drawn results being 3.

An aggregate of 19 goals were produced between them throughout the course of those matches, with 8 of them for Duisburg and 11 coming from Osnabrück. That is an average goals per game value of 3.17.

The last league fixture between these clubs was 3rd Liga match day 1 on 22/07/2022 which ended up with the score at Osnabruck 1-0 Duisburg.

The match was refereed by Patrick Hanslbauer.

Due to a fully injury-free group to choose from, the Osnabruck manager Tobias Schweinsteiger has zero fitness worries to report coming into this clash.

Our feeling is that Osnabruck and Duisburg should both get enough opportunities to score, although it’s hard to separate the two.

We’ll see, but this looks like it could end up all-square. That’s why we have predicted a close game with a 1-1 draw when the referee blows the full-time whistle. 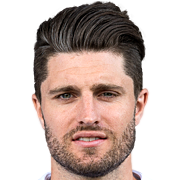 Generally played in the Left Wing position, Moritz Stoppelkamp was born in Duisburg, Germany. After having made a senior debut playing for RW Essen in the 2005 - 2006 season, the talented Forward has scored 4 league goals in this 3. Liga 2022 - 2023 campaign so far in a total of 18 appearances.

While we have made these predictions for Duisburg v Osnabruck for this match preview with the best of intentions, no profits are guaranteed. Always gamble responsibly, and with what you can afford to lose. We wish you the best of luck.